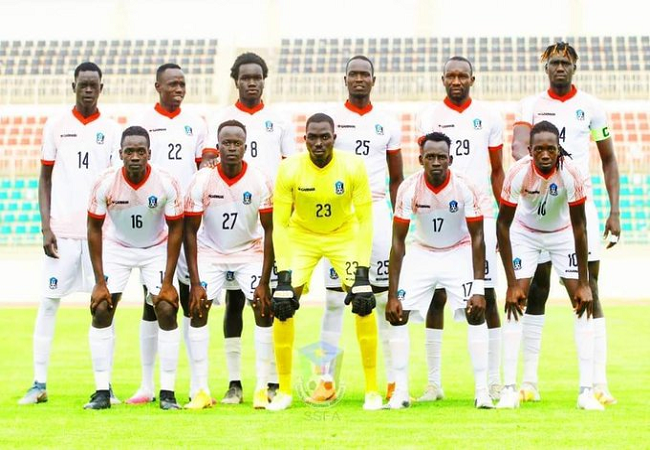 South Sudan were forced to withdraw from their Arab Cup qualifier against Jordan due to a number positive Covid-19 tests. FIFA awarded a 3-0 win to Jordan, who will participate in the regional tournament which will serve as a test for World Cup hosts Qatar at the end of the year.

“Following the confirmation of Covid-19 cases among the South Sudan delegation, the FIFA Bureau for Men’s Senior Tournaments has declared the match scheduled to take place this evening against Jordan as part of the FIFA Arab Cup qualifiers a forfeit with a 3-0 win to Jordan.” Said a FIFA statement.

Eight members of the South Sudanese team tested positive on arrival in Doha.  “After two rounds of PCR tests, it was confirmed that seven players and one team member of South Sudan were positive.” Explained FIFA. “Another five players receiving a reactive test result, which as per the Qatari Ministry of Health, means that these players were likely incubating the virus. Given that another seven players had close contact with those who tested positive, a total of 19 players are currently in isolation.”

“There are no cases presenting severe symptoms. And everyone who tested positive is being monitored and receiving the best possible medical care for free through the Qatar national healthcare system.”

The withdrawal will be a blow to South Sudan, who were hoping to use the opportunity for exposure against higher-ranked international opposition.

Qatar is hosting seven qualifiers for the tournament with the winners from the one-off ties progressing to the main draw of the Arab Cup. A tournament that will be a dress rehearsal for the World Cup hosts.

Sudan and Oman have already ensured their participation after winning their qualifiers against Libya and Somalia respectively. Local heavyweights Egypt, Saudi Arabia, Iraq, United Arab Emirates and Syria are among the countries to have been given a bye alongside Qatar.