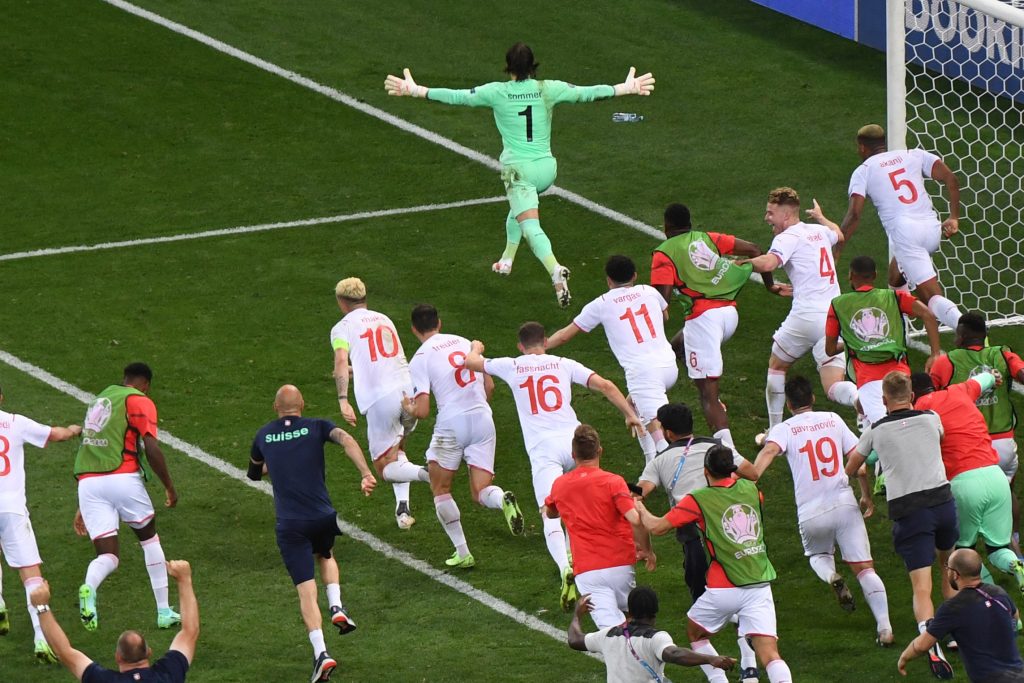 Switzerland have just eliminated World Champions France in the last 16 of the Euro 2020 in penalty shootouts with PSG star Kylian Mbappé missing his shot.

Haris Seferovic opened the scoreline for the Swiss side in the 15th minute with a header inside the penalty box as he won his aerial duel with Clément Lenglet.

Benzema has however brought France level as he equalized in the 57th minute. He scored again two minutes later through a header to give the lead to France.

Manchester United midfielder Paul Pogba netted the third goal for France and many people believed the game was over.

However, Petkovic’s team came from behind to score two goals in nine minutes with the first one from Haris Seferovic again (81st) and the second one from the newcomer Mario Gravanovic (90th) on a powerful long-range strike.

The game fate was decided in the penalty session as both teams failed to separate each other in the extra time.

Kylian Mbappé was the only one to miss his penalty as Yann Sommer proved to be imperial on his shot.

Switzerland won 5-4 and will face Spain in quarterfinals on July 2. That is next Friday.