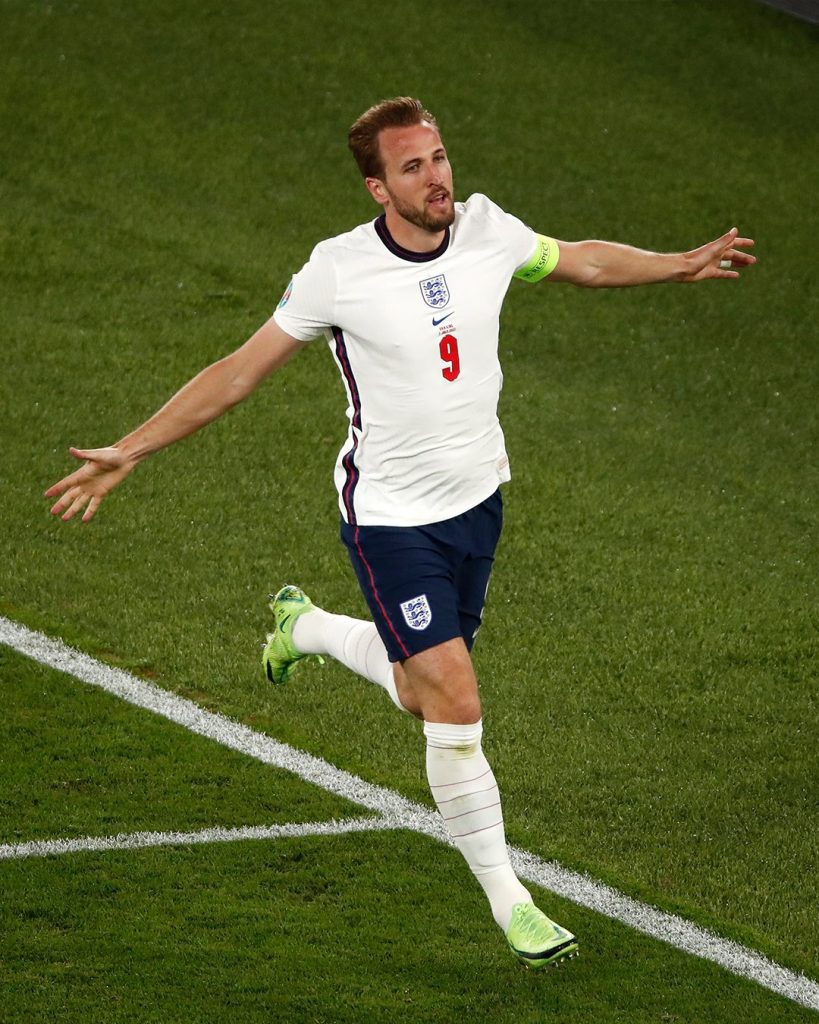 Dominant England thrashed sorry Ukraine 4-0 at Stadio Olimpio in Rome to stroll to the European Championship quarterfinals on Saturday evening.

England needed only four minutes to go in front. This time around, it was not Raheem Sterling scoring but providing an assist.

Sterling twisted and turned wide on the right with his back to goal then sliced the Ukrainian defence with a delightful pass which Harry Kane swept past the goalkeeper.

At that stage, England had the momentum and Kane glanced his header off Luke Shaw free kick over the bar.

With five minutes to the end of the first half,  John Stones thought he had added England’s second goal but the keeper punched the ball away to safety.

Soon the first-half ended with Ukraine having spent the better part of the stanza retreating and defending.

The only time the Andriy Shevchenko men threatened England goalkeeper Pickford rose to the occasion parrying a shot away.

In the second-half, England needed only two minutes to double the advantage. Ukraine fouled Kane on the edge of the box.

From the spot, Luke Shaw released the ball over Ukraine defence before defender Harry Maguire outjumped his marker to guide the ball into the net.

Two minutes, later two became three when Sterling played styling back-pass to Shaw who in turn, floated the ball across the goal-mouth for Kane to add his second of the game and his third of the tournament.

In the second-half, England needed only two minutes to double the advantage Ukraine fouled Kane in the edge of the box.

From the spot, Shaw released the ball over the defence before Harry Maguire outjumped his marker to guide the ball into the net.

Eventually, England coach Gareth Southgate pulled out Rice for a more defensive Jordan Henderson and the impact was instant.

Kane won England a corner-kick after the keeper had punched out the striker’s bullet shot.

From the corner kick, Henderson headed the ball into the net in the 63rd minute.

England date Denmark, who edged out Czech Republic 2-1 in an early kick off, in the semifinal.