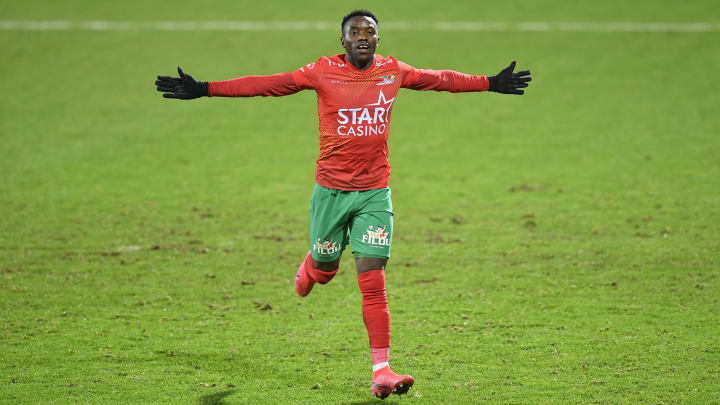 Gerrard told Glasgow Live website that Sakala was waiting for clearance on Covid-19 and passport issues.

“We need to add to it, so we’re actively working hard to bring some good players in alongside the recruitment already done in Jack (Simpson), Scott (Wright), Nnamdi (Ofoborh) and Fashion Sakala will join us in the coming days,” Glasgowlive.co.uk quotes Gerrard saying.

“We’ve got some passport and Covid issues to get through first but he’s very excited to join us as well.

“The squad is in good shape but it will better in a few weeks when we add to it. It’s a very exciting time but the message to send is myself, the staff and everyone around this group of players are going to push them even harder than we have before to make sure we add to the success. 55 isn’t gone though, it’s history and it’s fantastic.”

Sakala signed a pre-contract with Rangers after spending successful time in Belgium at Oostende.

Recently, the striker was excused from Zambia games so as to concentrate on his imminent switch to Rangers.

Sakala is among Zambia’s next golden generation of emerging stars alongside Leicester City’s new catch Patson Daka and Enock Mwepu.