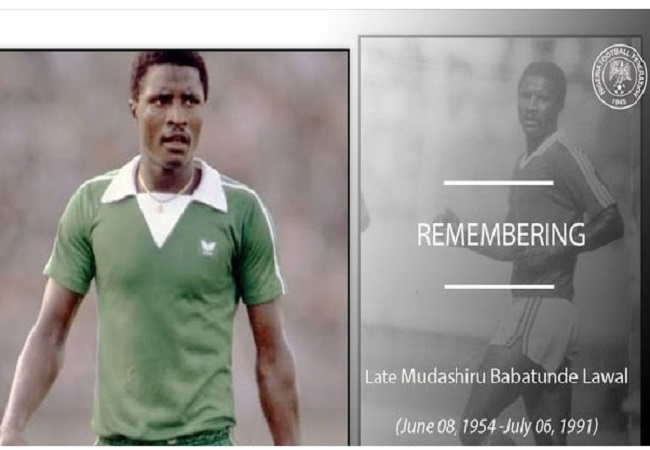 The world football governing body took to their official Twitter account to recognise the contribution of one of Nigeria’s greatest ever players, who died on July 6, 1991.

“Muda Lawal inspired Nigeria to their 1st AFCON title in 1980 and was the 1st player to appear in 5 successive editions of the competition.” Wrote FIFA on social media.

“30 years ago today, the Super Eagles legend passed away, aged 37.”

At the time Muda Lawal died, he was unarguably Nigeria’s greatest player.

The highly combative midfielder was barely 21 years old when he made his international debut in 1975. And he helped Nigeria win the country’s first Africa Cup of Nations trophy on home soil in 1980.

The former Shooting Stars ace was the first player on the continent to appear in five successive editions of the Afcon. He represented Nigeria between 1976 and 1984. He won two bronze medals, a silver medal, and a gold medal from four of these tournaments.

By the time he brought the curtain down on his national team career, Lawal was the Green Eagles’ most capped star with 86 appearances, during which time he scored 12 goals.

Lawal played his last international match on August 18, 1985. And he died in his home six years later, aged 37.