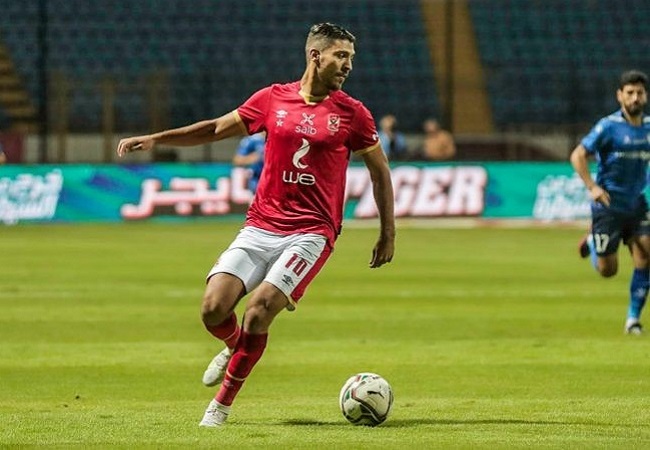 Mohamed Sherif is Al Ahly’s top goalscorer with 17 goals in 37 appearances. And has become one of their most important players since returning from his loan spell with ENPPI.

His performances caught the attention of Turkish Super Lig giants Galatasaray, who have reportedly offered Al Ahly $3 million for the 25-year-old’s services.

However, the Red Devils have halted all negotiations until after the CAF Champions League final, where they will face Kaizer Chiefs on July 17.

According to reports, Al Ahly don’t want to let go of Sherif. And the striker is not willing to leave unless the club is fully onboard.

The 23-year-old had a great debut season with the Blood and Gold. He scored nine goals in 17 appearances across all competitions. Despite seemingly being one of Galatasaray’s best players, Sherif’s arrival might lead them to not activate the option to buy for him.