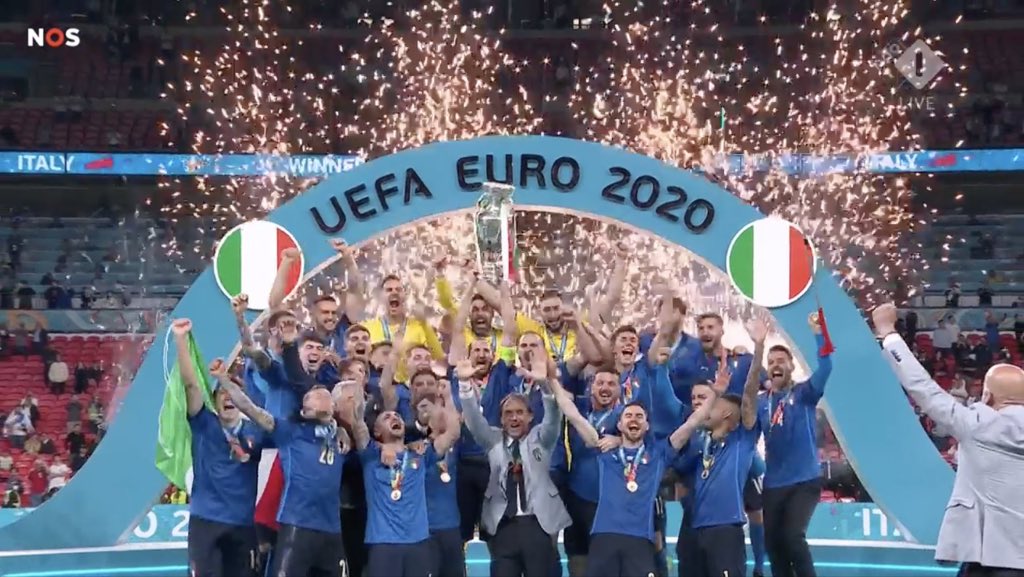 Italy came from behind and stunned England to lift the Euro 2020 championship at the Wembley Stadium in a pulsating penalty shootout that ended 3-2.

Luke Shaw gave the Three Lions the lead just two minutes into the first half.

However, England relaxed and allowed the Azzurri to mount pressure as the first half ended 1-0.

Leonardo Bonucci leveled for Italy in the 67th minute from a goal mouth scramble after.

Both teams failed to score both in extra time with the game going straight to penalty kick.

Marcus Rashford, Jadon Sancho and Busayo Saka all missed from spot for England.