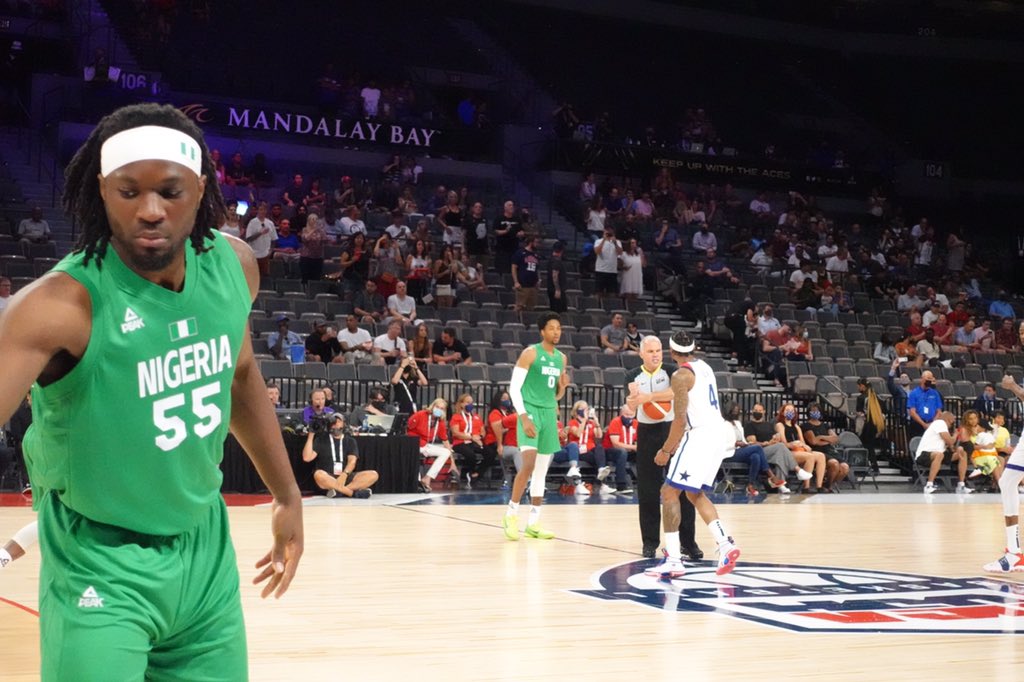 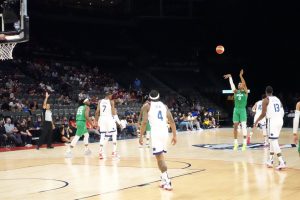 History was made in the early hours of Sunday when Nigeria male Basketball team, D’Tigers defeated star studded United States of America 90-87points.

Both teams sparred each other in preparation ahead of the 2020 Olympic Games in Tokyo.
Coach Mike Brown preferred to start with Ike Nwamu (forward), KZ Okpala (forward), Precious Achiuwa (centre), Gabe Vincent (guard) and Josh Okogie (guard) which paid off as they came out roaring.

USA on their part went with Kevin Durant, Jayson Tatum, Bam Adebayo, Bradley Beal and Damian Lillard.
Miami Heat’s Gabe Vincent took the fight to the Americans as he dropped 21 points and had 4 assists.
On a night that he hardly put any foot wrong, he converted 6 shots out of 8 taken beyond the arc as he masterminded the side to a victory that shocked many who had failed to keep up with Nigerian basketball development in the last 4 years.
Caleb Agada also stepped in with a huge performance scoring 17pts, 4assts with a 100% record from the three point range after three attempts.
The duo of Durant and Tatum scored 17pts and 15pts respectively but that was not enough to prevent them from starting their series of warm up games on a losing note against Nigeria ranked 22nd in the world.
In his quest to give all 15 players a fair chance of fighting for a shirt, Brown used 14 players except Jahlil Okafor who was doubtful before the game.
All players registered their names on the scoreboard except Miye Oni and Chima Moneke.
The victory is the first by any African country against the USA.
Nigeria will face Australia on Monday as preparation continues.