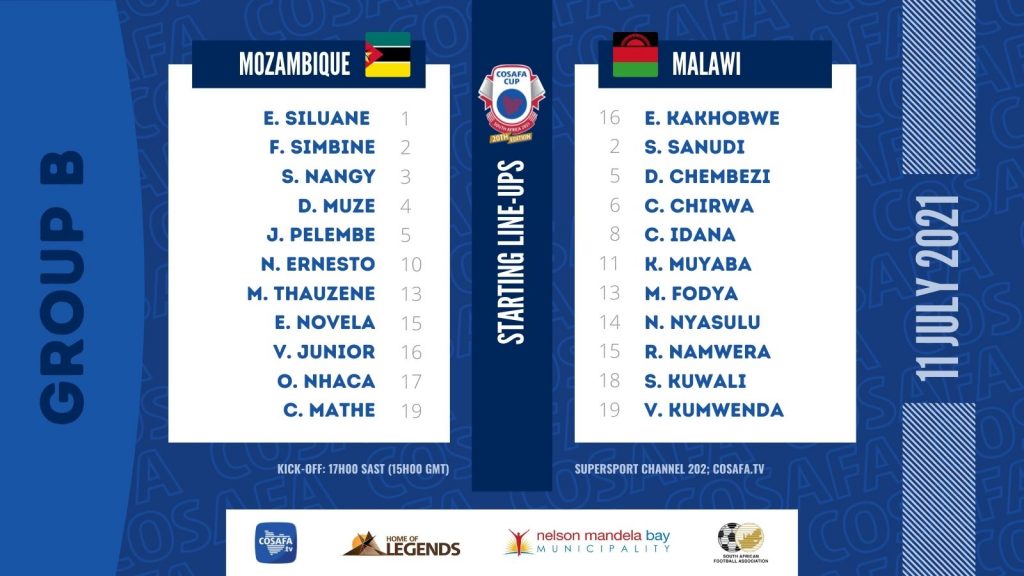 It is goalless between Malawi and Mozambique during half-time of a Group B contest at Isaac Wolfson Stadium.

Malawi coach Meck Mwase made one change to the starting XI that drew 2-2 with Zimbabwe on Friday.

The Flames were unable to control things in the midfield and relied on long range attempts from Chikoti Chirwa, Khuda Muyaba and Schumacher Kuwali.

For Mozambique, they look dangerous on the break and they had Danilo’s effort ruled out for offside.

Mozambique cannot afford a loss let alone another draw lest they go out of the running a semifinal slot.

In an another match for the group played earlier at the same venue, Namibia beat Zimbabwe 2-0 to remain top.