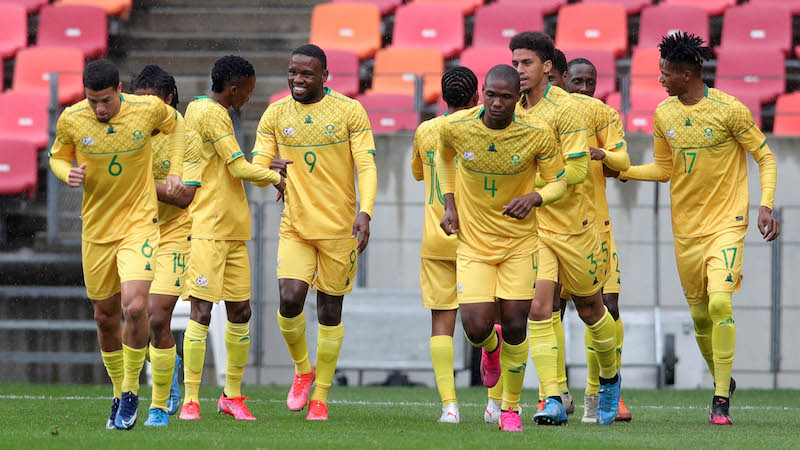 Sphelele Mkhulise scored the other goal for South Africa as they qualified to the last-four with a perfect record  after accumulating nine points from three games in Group A.

Bafana Bafana wind up the group’s assignments by playing against Zambia in academic match for the tournament’s hosts on Wednesday, but this game would be a must-win for the defending champions.

Zambia revived hopes of remaining in contention for a semi-finals slot after beating Botswana 2-1 via Justin Shonga’s brace at the same venue to collect three points.

The Chipolopolo are second from bottom of the five-member pool and could make it to the last-four if second-placed Eswatini, who have six points from three games, lose their final group match to Botswana.

In the event of Eswatini losing to Botswana on Wednesday and Zambia beating South Africa, head-to-head record could then decide the semi-finalist between the Chipolopolo and the Zebras.

Group’s B two semi-final places are still up for grabs between leaders Namibia and Mozambique, who have seven and six points respectively, whereas Malawi and bottom-placed Zimbabwe, with two points each, are out of the running.

Zimbabwe lost to Senegal 2-1 whereas Namibia and Malawi shared the spoils in a 1-1 draw.