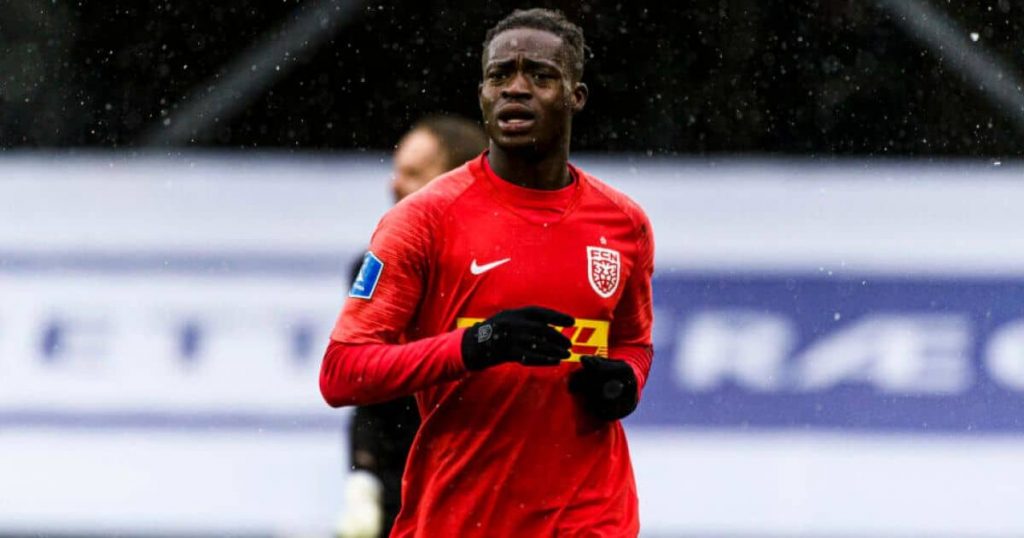 Ghanaian teenage sensation Kamaldeen Sulemana made his farewell to Nordsjaelland fans on Sunday ahead of their game to Viborg as he is set to fly to France to join his new Rennes teammates.

However, he decided to join French Ligue 1 side Stade Rennais and signed a five-year deal with them on Friday, July 16.

After completing all the activities related to his signature, Kamaldeen Sulemana returned to his former club FC Nordsjaelland.

The Black Stars’ youngster was spotted making the turn of the stadium to say goodbye to the fans as he will leave them after joining the club in February 2020 from Right to Dream Academy.

He is also the third Ghanaian player to join Rennes FC after John Mensah, Asamoah Gyan and John Boye recently.

“I am very happy to join Stade Rennais F.C., a very good French club. The project meets my expectations. The Ligue 1 Uber Eats is one of the best leagues in Europe”, Kamaldeen Sulemana told Rennes’ official web after putting pen on paper.

“There is a very good team in Rennes, a lot of talent. I know the club is famous for its training. For a young player like me, this is the best choice for progress.

“I have come to help the team achieve their goals. It is a great challenge to take up”

In addition, Sulemana scored 14 goals and provided 8 assists in 43 appearances across all competitions with FC Nordsjaelland last season.