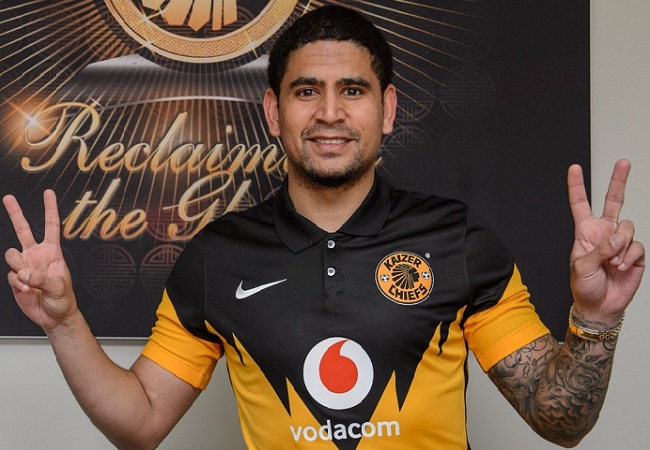 Keagan Dolly declared to have been supporting Kaizer Chiefs since his childhood alongside with his father. And the Bafana Bafana midfielder is delighted to have achieved his dream completing move to Amahhosi this week.

The 28-year-old product of Safa’s School of Excellence and Mamelodi Sundowns’ and Ajax Cape Town’s youth academies, joined Chiefs in arguably the biggest transfer of the 2021-22 pre-season window, having been out of contract at Montpellier.

From Westbury, near Soweto, the skilful left wing Dolly said he inherited being a Chiefs fan from his father Ramon Dolly. The latter who works with his son’s agency, Paul Mitchell’s Siyavuma Sports.

“Since I was young my father introduced me to Kaizer Chiefs. I started supporting Chiefs I think since the age of five.” Dolly said.

“I would attend the stadiums, watch the likes of ‘Shoes’ Moshoeu, may his soul rest in peace.

“So it’s not new to me. I know what the club is about. I know the mentality at the club. And I’m just ready to get settled in and down to business.”

Dolly is proud to be part of Chiefs and he is open to help and give advice when necessary.

“I think me coming to Chiefs is just about trying to share my experiences with the youngsters coming up.

“I watched Happy Mashiane and Nkosingiphile Ngcobo playing,. And they’re looking very good. I think where I can help I’ll try my best to give advice where I can.” He added.

The announcement of Dolly’s signing was accompanied by the news of ex-Bidvest Wits defensive midfielder Cole Alexander. He who last played for Odisha in India, also joining Chiefs.