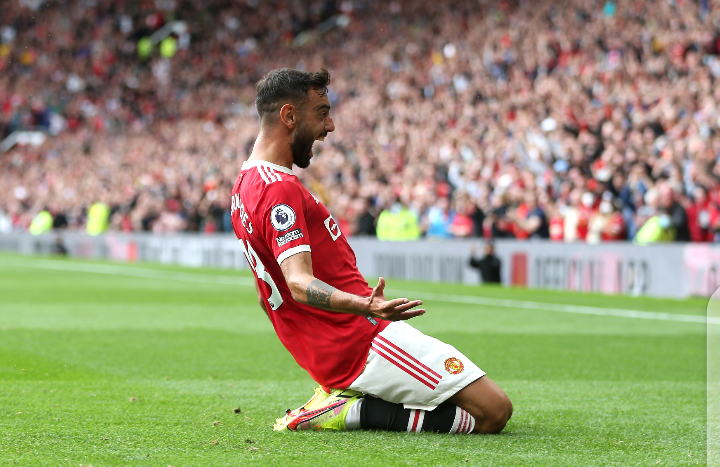 Manchester United midfielder Bruno Fernandes got the season underway with a hat trick as the Red Devils defeated Leeds United 5-1 at Old Trafford.
Fernandes became the hero of the day equaling the Premier League record set by Birmingham player Lou Macari in the opening game of the 1977/1978 season.
The Portuguese scored in the only goal of the first half in the  30th minute to break the deadlock against a stubborn Leeds United side.
Luke Ayling leveled for the visitors just two minutes into the second half.
Mason Greenwood restored Manchester United lead in the 52nd minute before Fernandes doubled the lead for his second of the game two minutes later.

Read Also:Rwanda President Has Expressed His Unhappiness As Arsenal Lost To Brentford

Fernandes completed his hat trick in the 60th minute assisted again by Paul Pogba who had earlier set him up for the opener.
Eight minutes later, Pogba assisted Fred to make it 5-1 as the Red Devils kicked start the new season a high note.
Fernandes now became Manchester United first player to a car a hat-trick on the opening day of a league season.
His hat trick is the 10th scored on the opening weekend in Premier League history, with Leeds the first club to concede two such trebles in the competition.