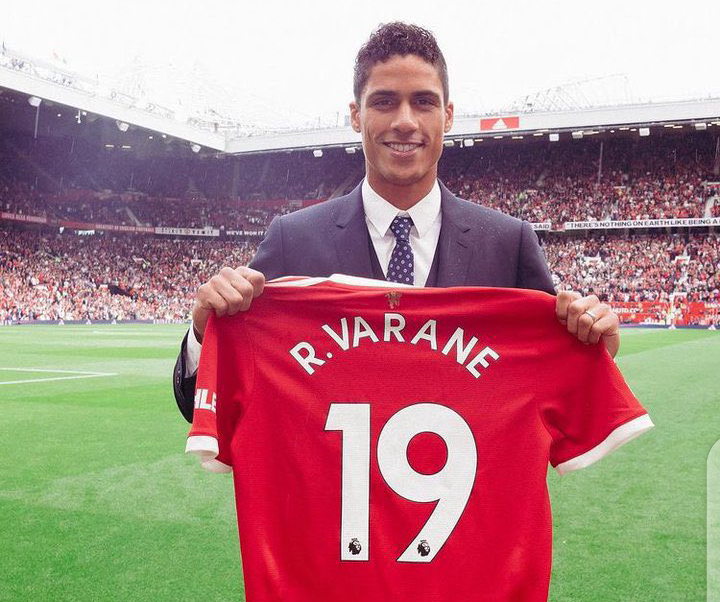 Manchester United have officially announced the signing of Raphael Varane from Real Madrid on Saturday.

Varane who joined the Red Devils this summer was announced after Manchester United 5-1 win over Leeds United.

The French man who spoke with the club media said he want to make an impact at Old Trafford.

“Manchester United is one of the most iconic clubs in world football and the chance to come here and play in the Premier League is something I couldn’t turn down.

“There is a lot more that I want to achieve in my career and I know I’m joining a squad full of great players who will all have the same determination to win matches and trophies.

“Having spoken to the manager I can see how much progress has been made over the last few seasons and I now join a group ready to play at the highest level.

“I want to make an impact here and I will give everything to become part of this club’s illustrious history.”

He has been handed the number 19 jersey and could be available for next week game.

Varane, 28, is one of the most decorated players in world football and has amassed over 19 trophies in his career so far, including four Champions Leagues, three Spanish titles and the 2018 World Cup.

He has represented France 79 times and was part of the recent French squad at the 2020 European Championship.