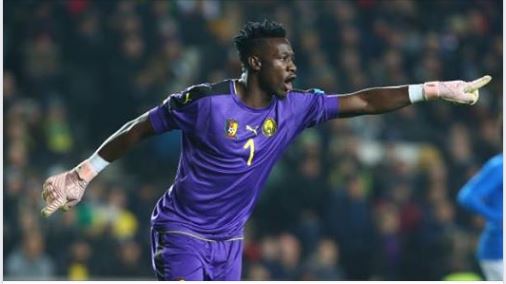 Despite his UEFA ban which runs until November 4, Andre Onana will remain the number one Cameroon goalkeeper, reassured Indomitable Lions’ goalkeeping coach.

The 25-year old has been slapped with a one-year ban in February this year for doping violation before a match with Ajax Amsterdam.

However, his club appealed to Court of Arbitration for Sport (CAS) and the ban has been reduced to November 4.

Since then, Onana has been training alone, and this does not change his position in the national team.

“Onana is training despite not being able to play yet. He is level. I believe that the problem (of hierarchy) does not arise. (…) There is a number one, you have to look for numbers two and three “, Jacques Songo’o said in reports of CFoot Cameroun.

AS a reminder, Cameroon will take on Malawi on September 3 and Ivory Coast on September 6 for the matchday 1 and 2 of the FIFA Qatar 2022 World Cup qualifiers.

In addition, Andre Onana will come back with his the Lion Indomitable Lions for AFCON 2021 in January 2022 in their home country where they will challenge Burkina Faso, Cape Verde and Ethiopia in Groupe A.