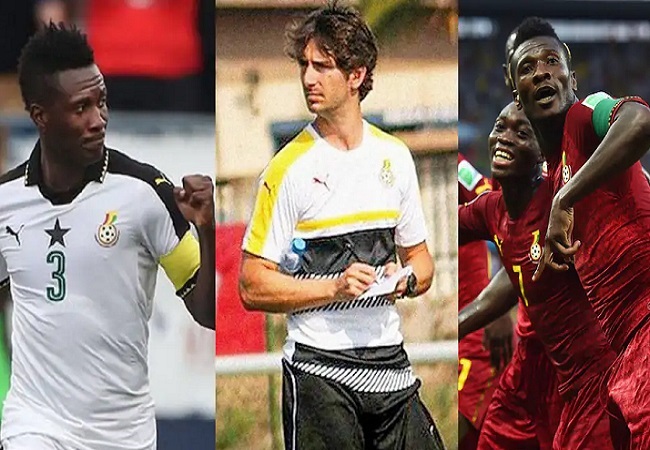 Gyan has not played for the Black Stars since making an appearance from the bench in Ghana’s penalty loss to Tunisia in the round of 16 at the 2019 Afcon.

Spanish coach Nus who was the assistant coach of the Black Stars from 2014 till 2017 disclosed that Gyan’s absence will leave a huge gap in the team.

“Obviously, there is a big miss. We used to have an important players like Asamoah Gyan, one of the best strikers ever in my opinion in Africa. Also, he was a great leader and great captain.” He Told Goal.

The Spanish coach further added that the players that will make the final team will have to step up and fill the void.

“Now, we will see, we have to get the most from the players that we have. I still believe no matter what the final selection is, Ghana is always going to be one of the candidates. And sooner rather than later, we’re going to be seeing them become champions of Africa.” Nus also waded in on which countries he thought will progress from the group.

“In my opinion, Ghana and Morocco should go through from the Afcon group. I think that even though Gabon and Comoros have important players, they’re not up to the same level than the other two.” Continued the former assistant coach.