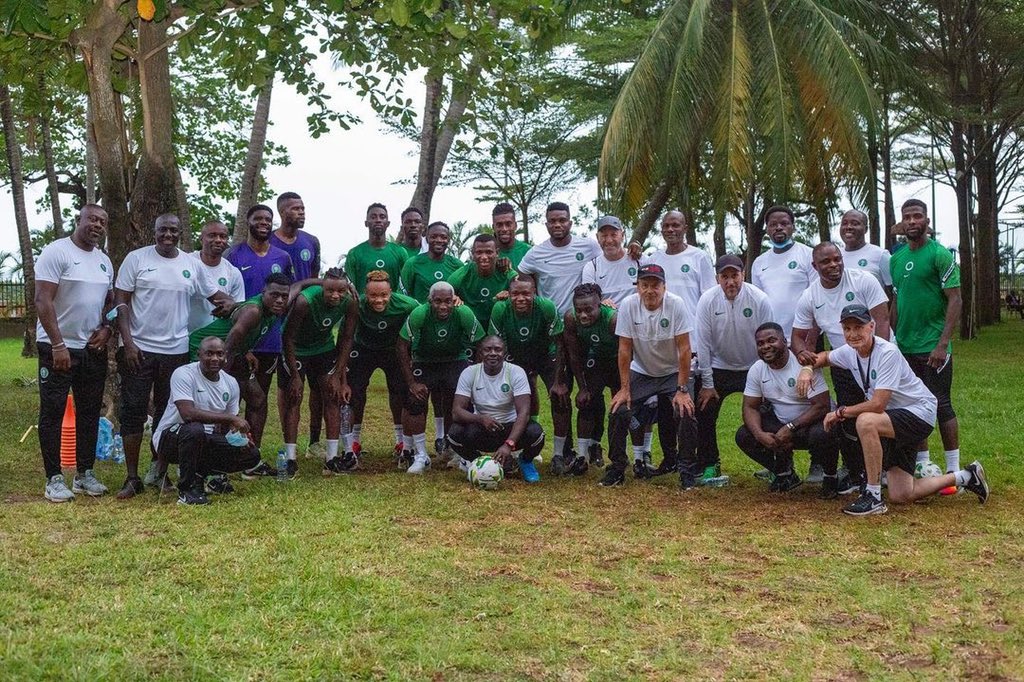 William Troost-Ekong has joined the rest of the his national teammates as the Super Eagles camp came swelled to 20 players already in camp as at Monday evening.

Troost -Ekong who played for Watford last weekend teamed up today with other players invited by Gernot Rohr ahead of the Qatar 2022 World Cup against Liberia at the Teslim Balogun Stadium.

The team on Monday had a light training session at the Eko Hotel and are expected to have full training tomorrow.

He was later joined by Adekunle Adeleke of Abia Warriors who was handed a late call.

However, following the arrival of Troost-Ekong, and Anayo Iwuala, the players currently in camp are now 20.

The Players In Camp

The Super Eagles will  open their Qatar 2022 World Cup qualifying campaign when they host Liberia on Friday, September 3rd at the Teslim Balogun Stadium in Surulere, Lagos state.

A trip to Cape Verde follows on Tuesday, September 7th, which the Spain and England-based Super Eagles players are certain to miss due to UK COVID-19 regulations on red-list nations, which Cape Verde is listed.