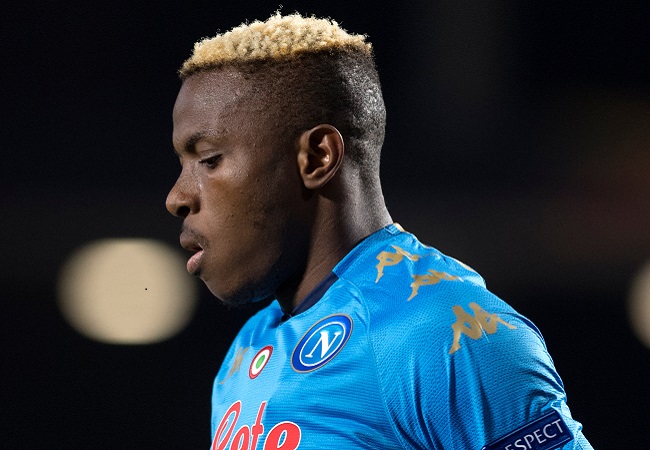 Victor Osimhen was let off the hook so he could face Juventus this weekend. But he could still miss another crucial match.

The Nigerian striker just returned to Italy from international duty. And he is set to be part of the team that will slug it out against Juventus. But he could miss Napoli’s Europa League opener against Leicester City next week.

However, since Osimhen played for the Super Eagles in Cape Verde, which is one of the countries on the UK’s Covid-19 red list, he will have to undergo a compulsory ten days isolation period to be able to play against the Foxes.

Unfortunately for Napoli and Osimhen, the period between the Super Eagles game and the Europa League game is nine days.

However, Calcio Napoli reports that the Parthenopeans have taken up the issue with UEFA. And they are looking for a way to solve the problem.

Osimhen was part of the Nigeria side that travelled to Mindelo to play against Cape Verde. The 22-year-old scored the vital equaliser, which was the springboard to a 2-1 win for the Super Eagles.

He would hope that the issue gets solved so he could square up against national teammates Ndidi and Iheanacho.