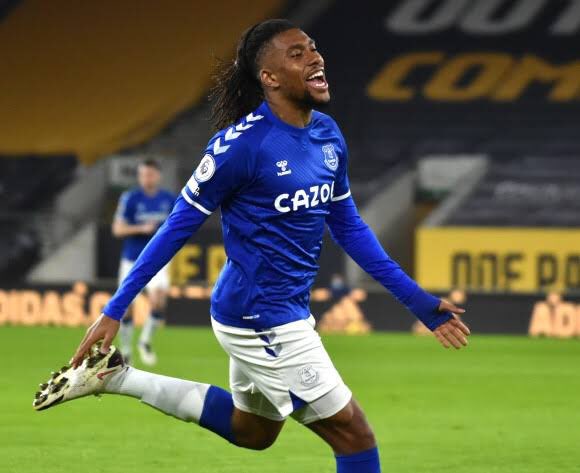 Alex Iwobi made a cameo appearance as Everton bounced back and snatched a 3-1 win against Burnley at Goodison Park.

Iwobi who had been in-form for Everton under Rafael Benitez came in for goalscorer Demarai Gray with two minutes left to regulation time.

Before the September international break, The Toffees occupied 11th but the victory saw them picked their third win of the season.

It took 379 seconds for Everton to not only rescue a losing position but convert it into an all-but guaranteed three points.

A tight first half saw both side failed to break the deadlock until in the 53rd minute when Ben Mee gave Burnley the lead.

Andres Townsend turned in an assist for Michael Keane who levelled for the hosts in the 60th minute.

Five minutes later, Townsend completed the come back for Everton from an Abdoulaye Doucoure’s assist.

Burnley could barely come out from the shock when Doucoure again set up Gray who scored to double the lead for Benitez’s side in the 66th minute.

The goals by Keane, Townsend and Gray became the first time since August 2007 there different English players scored for Everton after Stubbs, Osman and Lescott first set that feat against Tottenham.