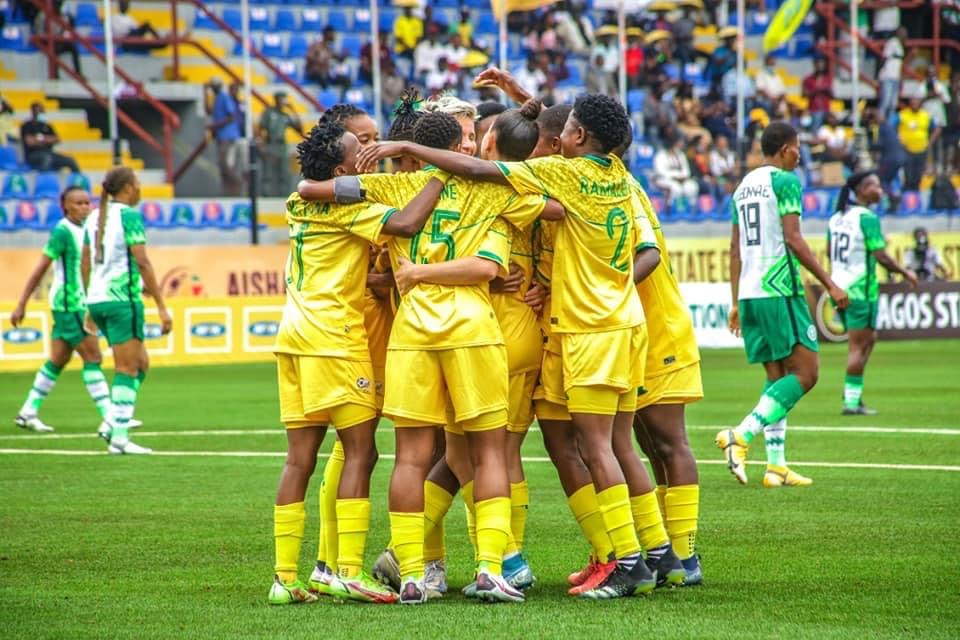 Banyana Banyana defeated Super Falcons 4-2 defeat at the Johnson Mobolaji Stadium to lift the maiden edition of the Aisha Buhari Cup on Tuesday.

Super Falcons who had defeated Mali 2-0 were hoping to make it two wins from two game against a South African side that thrashed Ghana 3-0.

It took just 6 minutes for the Banyana Banyana to make a statement of intent as Michelle Alozie deflected into her own goal a cross from Hildah Magaia.

Super Falcons were already trailing 2-0 by 19th minute as Linda Motlhalo scored from the spot following a handball by Onome Ebi.

One minute to end of first half, Gabriela Salgago headed in the third goal am after the Falcons failed to clear their lines.

The Super Falcons came out more dangerous in the second half as Vivian Ikechukwu scored to make it 3-1.

In the 53rd minute, Ikechukwu scored her second of the game to give the hope of a possible comeback.

However, the Banyana Banyana were undone scoring as Mamello Makhabane scored from the spot after Motlhalo was fouled inside the box.

The goal came in the 86th minute which put the game beyond reach for the Super Falcons .