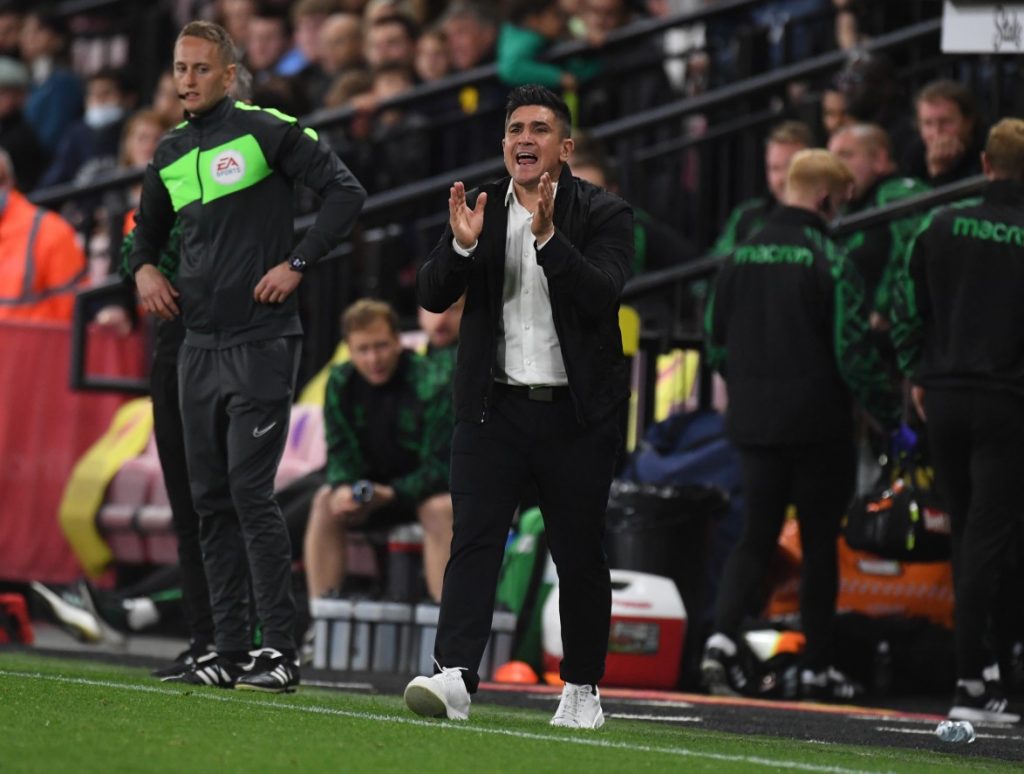 William Troost-Ekong manager,  Xisco Munoz has turned his focus to Saturday’s Premier League game against Newcastle United after the Hornets crashed out of the Carabao Cup.

Troost-Ekong was an unused substitute in Watford’s 1-3 loss at the Vicarage Road to visiting Stoke City.

Muñoz in his post-match interview said there were plenty of positives to take out of the performance heading into Newcastle in the Premier League on Saturday.

He said, “Tomorrow we start working on the important game against Newcastle.

“Our fans help and for sure we will give all our maximum to give an important performance [on Saturday].”

Reacting to the outcome of the game, the Spaniard said, “It was an incredible game.

“We had a lot of chances and the keeper made lots of saves, we hit the post and we missed shots in the first and second half.

“It sometimes happens in football, but we need to keep going.

“The positive thing is we are working very hard.

“In the second half, we had the control of the game, with not so many chances.”

“They played very well and it is positive for the club.

“You know about me, I try to focus on the positives and today we had a very good performance. We played well.

“We had a good attitude in a lot of actions. It’s positive because we are working hard every day to show everyone, we have an important squad.”