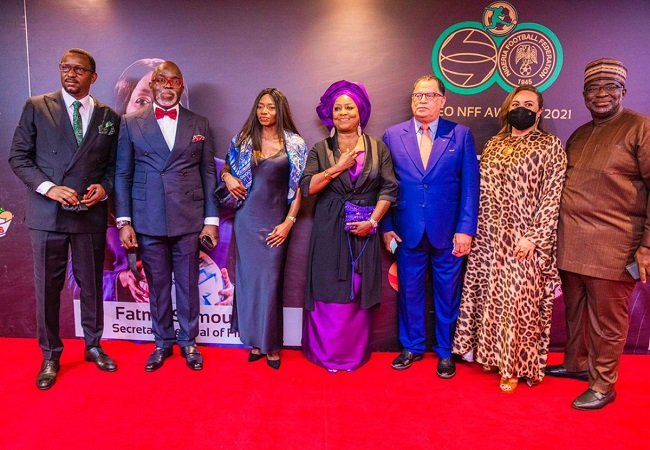 The third edition of the annual NFF-Aiteo Football Awards took place at a glamour event inside the Eko Hotels & Suites, Victoria Island on Monday night.

Onuachu performed at a high level in the 2020-2021 campaign. He scored 35 goals in the Belgian First Division A and Cup.

Also Read : ONUACHU COMES OFF THE BENCH TO WIN IT FOR GENK

On the international stage, he netted crucial goals against Republic of Benin and Lesotho in 2021 Africa Cup of Nations qualifiers after coming off the bench.

The awards have been coming left, right and centre for the FC Ebedei product. He won the Ebony Shoe, Golden Boot and Belgian Professional Footballer of the Year awards in the last few months.