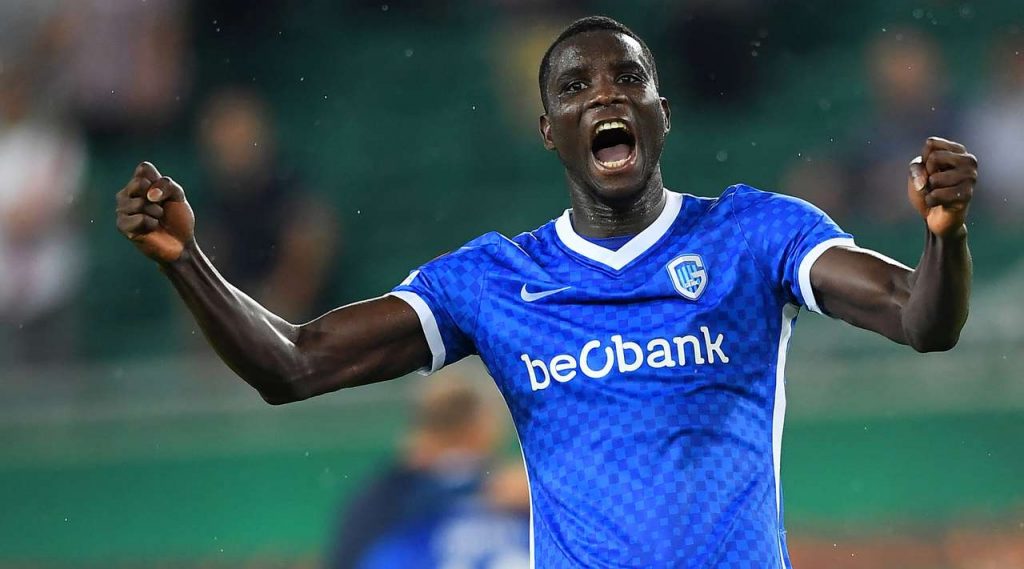 Paul Onuachu once again came to the rescue for Genk as he scored a last gasp goal in the 2-1 victory against Sint-Truiden, in Sunday’s Belgian Jupiler.

Onuachu who had helped Genk to a 1-0 win in their Europa League game against Rapid Wien was benched for the game.

The forward came off the bench in the 61st minute as his team was looking for the winner.

Read Also: Onuachu Goal Not Enough To Save Genk As Aribo Balogun Misses In Rangers Loss

Genk was trailing in the first half as they conceded in the added time before the break.

However, Joseph Paintsil leveled for Genk in the 73rd minute.

Just when the visitors has thought they will share the points, Onuachu came to the party scoring seven minutes before regulation time.

The victory saw Genk gone five games winning streak as they also moved to third place on the log.

Onuachu has now scored 51 goals for Genk and he has also now netted three goals in six appearances for his club in the Belgian Jupiler this season.