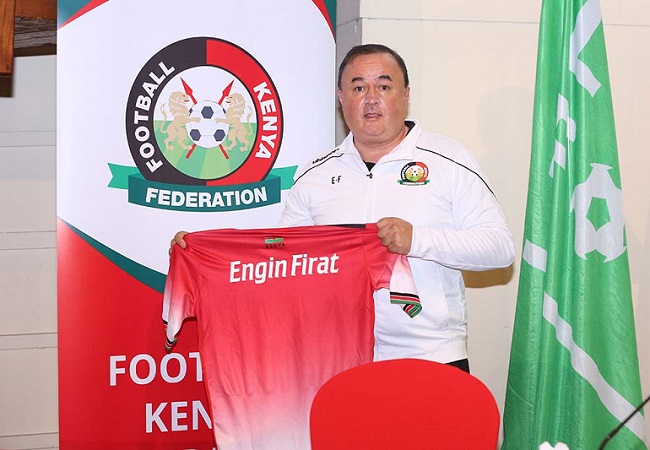 New Harambee Stars coach Engin Firat has named a 34-man provisional squad ahead of the 2022 Fifa World Cup qualifiers against Mali next month.

Harambee Stars play Mali away on October 6 before hosting the West Africans at Nyayo National Stadium on October 12. The group also has East African neighbours Uganda and Rwanda.

Others who have been recalled by Turkish coach Firat to the national team are Nkana midfielder Duke Abuya, Wazito defender Johnstone Omurwa.

Philip Mayaka (Colorado Rapids, USA), Keagan Ndemi (Bandari) and Erick Zakayo (Tusker) are some of the new faces in the national team.

Kenya is currently second in the group on two points. Under coach Jacob ‘Ghost’ Mulee, Harambee Stars played out to a barren draw against Uganda on September 2 before settling for a 1-1 draw away to Amavubi Stars three days later.

The naming of the provisional squad comes two days after skipper Victor Wanyama announced his retirement from the national team.