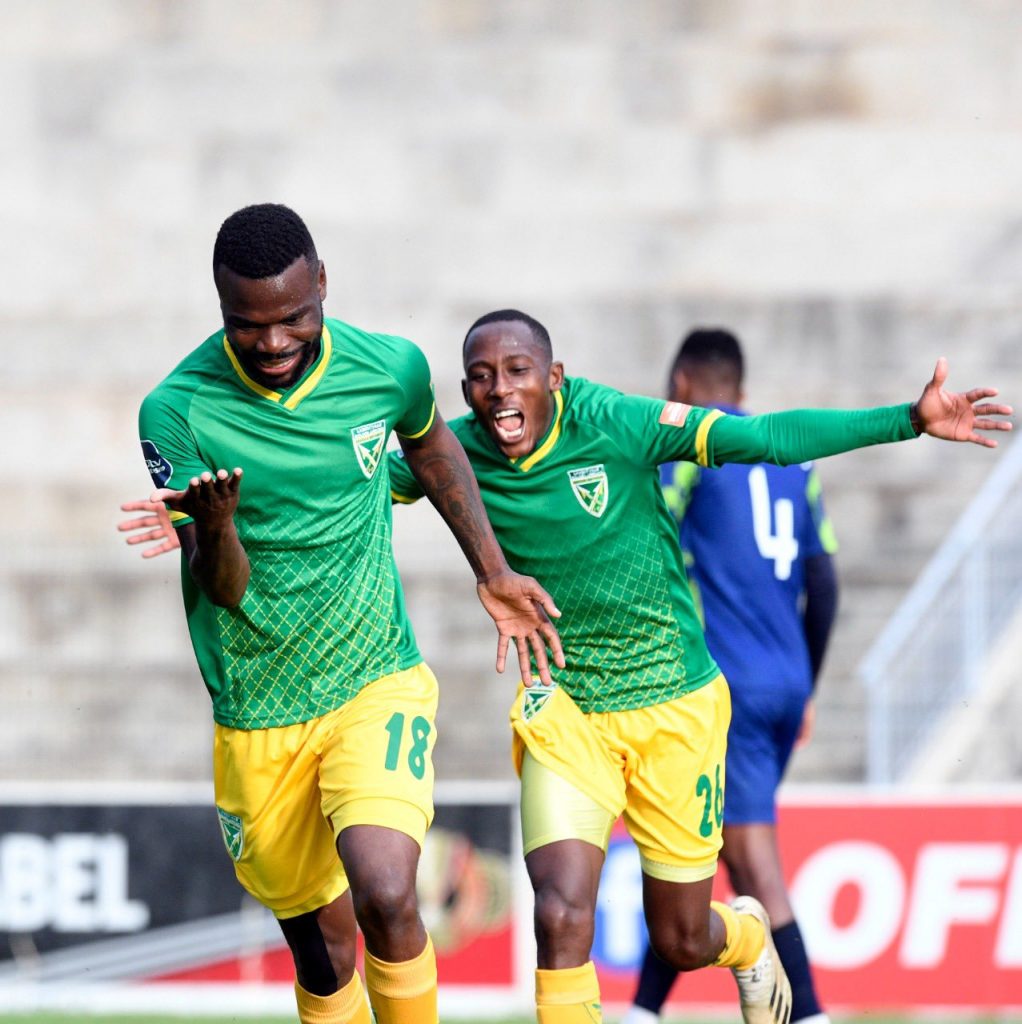 Zimbabwean striker Knox Mutizwa made history for Golden Arrows FC in South Africa on Monday when, on any other day, he could have easily turned from hero to villain.

Mutizwa scored for Arrows in the 3-1 win  over Marumo Gallants to officially become the all-time leading scorer for the DStv Premiership side.

The 27-year-old made it his 40th goal for the Durban-based club, leaving in his wake striker Mabhuti Kenyeza who scored 39 goals for Arrows.

Nkosinathi Sibisi and Siyabonga Khumalo scored Arrows’ other goals. However, Mutizwa gifted Marumo an own goal.

If Arrows had lost the match, the narrative could have been different for the Zimbabwean.

However, all that started well ended well for Arrows and MutizWa.

The South African club has since celebrated Mutizwa’s achievement via its tweeter handle.

“Another milestone for Mutizwa Congratulations to Knox ‘The Hitman’ Mutizwa who became the all time top-scoring player for Lamontville Golden Arrows yesterday as he scored his 40th goal for the club. He surpasses Mabhuti Kenyeza who previously held the record of 39,” @goldenarrowsfc1 tweeted.

Richard Henyekane still holds the record for most goals scored in a season standing at 23 he registered in the 2009-2010 season.

Former Bafana Bafana player Thandusiyo Kuboni and Julius Dube are held in high esteem at Arrows for having made the most 35 appearances each in a single season in 2002 and 2012.