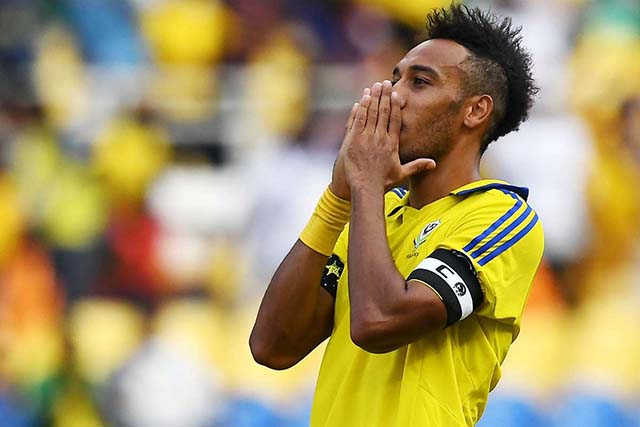 Arsenal forward Pierre-Emerick Aubameyang failed to help his Gabon team to their first win as their 2022 FIFA World Cup qualification look so bleak.

Aubameyang was in action as Angola thrashed Gabon 3-1 in their Group F game on Friday at Estádio 11 de Novembro (Luanda).

The game was delayed due to Gabon’s non submission of #COVID19 results as stipulated by CAF and FIFA.

With both teams looking for their first win of the qualifier, there was so much high pressing from bother teams.

Hosts, Angola broke the deadlock in the 25th minute through Zini and that goal was the h in the first half.

Angola doubled their lead in the 56th minute through Ary Papel.

Axel Meye pulled one back for Gabon to restore the hope of a possible come back in the 83rd minute.

Jonathan Buatu killed every hope Gabon had of sharing the spoils as he scored the third goal for Angola in added time.

With the result, Angola moved to third place in Group F with three points after three games while Gabonbroc bottom of the group with just one point.