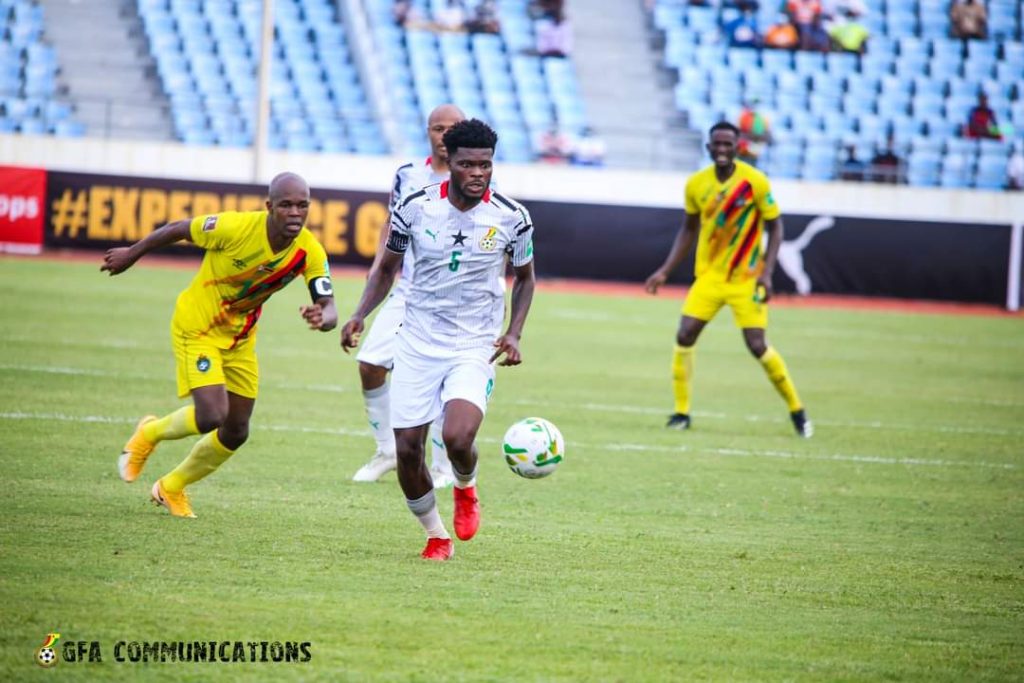 Ghana Black Stars midfielder Thomas Partey says he is at the disposal of head coach Milovan Rajevac saying he will always give his best for Ghana no matter his position on the field.

Partey who started the game against Zimbabwe behind finished by moving ahead and even found the back of the net as he scored Black Stars’ second goal during the 3-1 win in the first leg.

Asked whether he preferred top play a defensive or advanced role with the Black Stars, the 28-year old said the coach knows where to use him for the team’s profit.

Read more : Egypt one win away from World Cup qualifiers after triumph over Libya

“I think it is the decision of the coach and he knows where every player in the pitch can play”, Thomas Partey told Ghana FA’s media department.

“We started with me playing behind because we have a lot of talent ahead who can score goals. The couch made a change for Baba to come in and I moved forward.

“Everywhere on the pitch where I can help in the national team, I am ready to sacrifice. I don’t mind defending, attacking.

“Every time I have to play for Ghana, I don’t mind sacrificing and playing in every position”, he added.

In addition, Ghana will play the reverse leg against Warriors this afternoon in Harare at 13:00.