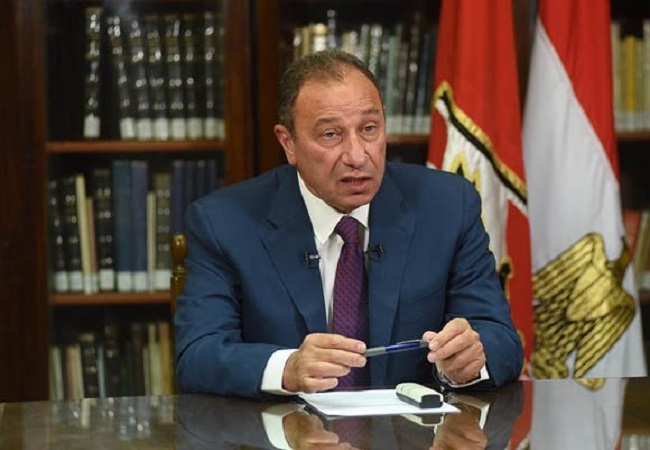 An official statement on Thursday confirmed that Al-Khatib’s condition is promising after a number of examinations and X-rays were conducted. The statement further revealed that Al-Khatib had a problem with his vision in the right eye. But but he’s getting all the necessary help from the medical team.

Furthermore, Al-Khatib is suffering from general fatigue as a result of high blood pressure and exposure to great pressure, Al Ahly said.

The full club release as following :

“The medical team treating Captain Mahmoud Al-Khatib, president of the club, which includes Prof. Dr. Hazem Yassin and Dr. Ahmed Farhoud, revealed that his condition is reassuring after the multiple examinations and x-rays he conducted today in a major hospital, and that the illness he was exposed to yesterday was due to a short cycle. This leads to a problem with vision in the right eye, in addition to general fatigue as a result of high blood pressure and exposure to great pressure.

The medical team conducted full examinations of Captain Mahmoud Al-Khatib, as well as x-rays to ensure the integrity of the brain’s arteries. After that, a consultation was held with the French doctor who has been supervising his treatment for several years. And his health condition was reassured, but he is still in the hospital.

The medical team stressed the need for Al-Ahly President to rest and stay away from nervous pressure while adhering to drug treatment.

For his part, Captain Mahmoud Al-Khatib thanked Professor Dr. Hazem Yassin, who did not leave him for one moment, and was keen to personally supervise all treatment matters, as well as Dr. Ahmed Farhoud, who came from Alexandria urgently to follow up on the case, and both made every effort for the comfort of the President Al-Ahly, who praised their good spirit and the great interest on the part of the two doctors, who deserve all the greetings and appreciation.“