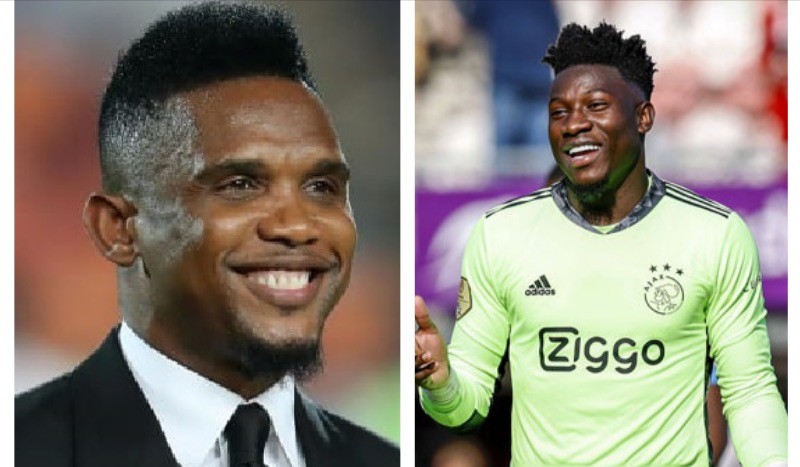 Inter Milan 2010 treble winner Samuel Eto’o has advised his compatriot Andre Onana to join the Nerazzurri in the next transfer window as the 25-year old goalkeeper refused to extend his contract with Ajax Amsterdam.

Nearly a month ago, Onana made it clear to Ajax officials that he will not extend his current deal which will end in June 2022.

Meaning that he’ll have the opportunity to sign for the club of his choice. And after Arsenal pulled out of his suitors with Aaron Ramsdale signing, Inter Milan appears to be the best option for Onana knowing that Nerazzurri’s current shot stopper Samir Handanovic is 37.

“I would recommend Inter to Onana and Andre, a top club-quality goalkeeper, to the Nerazzurri directors”, Eto’o said, as per SempreInter.

In addition, Andre Onana’s UEFA ban for doping violation will end on November 4.