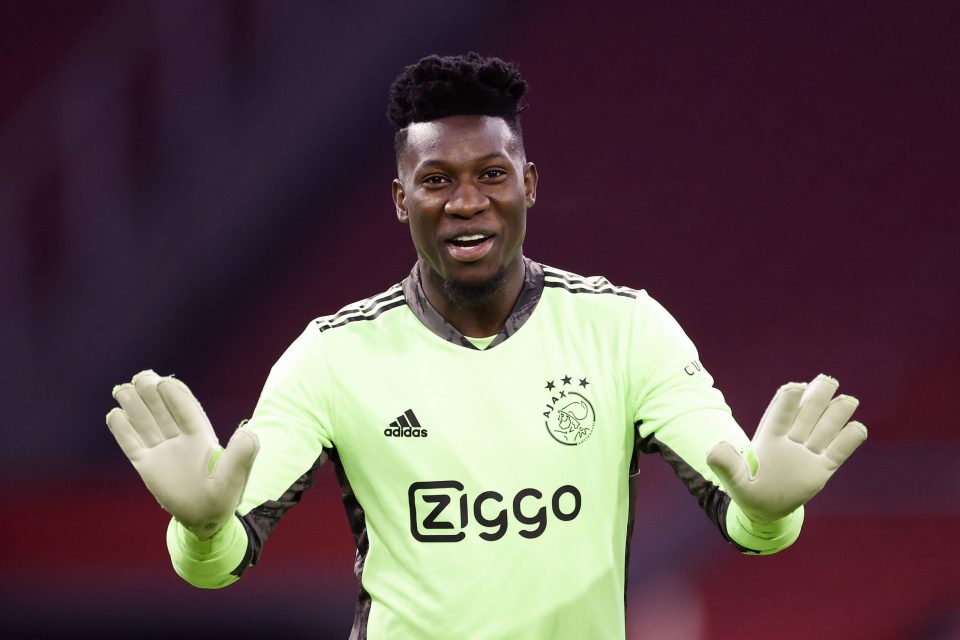 Serie A giants Inter Milan have made one step closer to the signing of sought-after Cameroon goalkeeper André Onana who turned down every contract extension proposal with Ajax Amsterdam.

Italian champions were competing with French side Lyon which is coached by Onana’s former coach Peter Bosz, as well as Premier League outfit Arsenal.

However, both sides did not reach an agreement with the Indomitable Lion who is now set to join Inter Milan on free transfer in summer 2022.

According to worldly-known journalist Fabrizio Romano who misses no news related to the transfer window, Inter Milan are really close to sign the 24-year old goalkeeper.

The Milanese outfit wants to make of André Onana, the replacement of their experienced goalkeeper Samir Handanovic who is 37 now.

And they seem to be in the right way to complete his signing as Ajax Amsterdam officials tried all they can to extend his contract which will expire in June next year, but discussions failed through.

“We are not in talks to extend Onana’s contract. We have already tried this then we moved on”, Ajax director Marc Overmars said.

During a recent interview with the Telegraaf, Onana revealed that more than fifteen clubs showed interests in signing him on a free transfer in 2022.

As a reminder, André Onana’s UEFA ban for doping violation will end on November 4, but the player himself start individual training earlier this month.