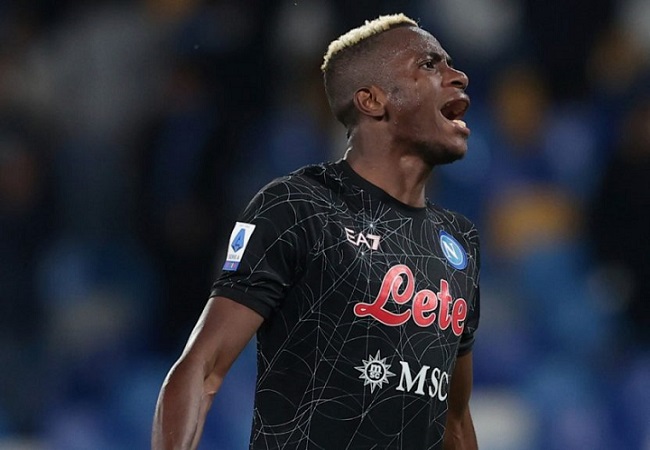 Nigeria’s Super Eagles could be without their talisman Victor Osimhen for their final group games in the 2022 World Cup qualifiers.

Osimhen may miss the clash against Cape Verde and Liberia after he picked up a muscle injury ahead in Napoli’s training.

According to Claudio Russo, Osimhen suffered a muscle strain. And he has been ruled out of Napoli’s trip to Salernitana on Sunday evening.

It’s a big blow for Napoli as the 22-year-old has been their best player this season with nine goals in eleven matches.

The extent of the injury is not yet known. But he could be out for up to two weeks. Should that be the case, Super Eagles coach Gernot Rohr will have to do without his top scorer in the qualifying series for the clash against the Blue Sharks and Lone Stars.

The three-time African champions need just a win to reach the playoff round. But they could be without their top striker.