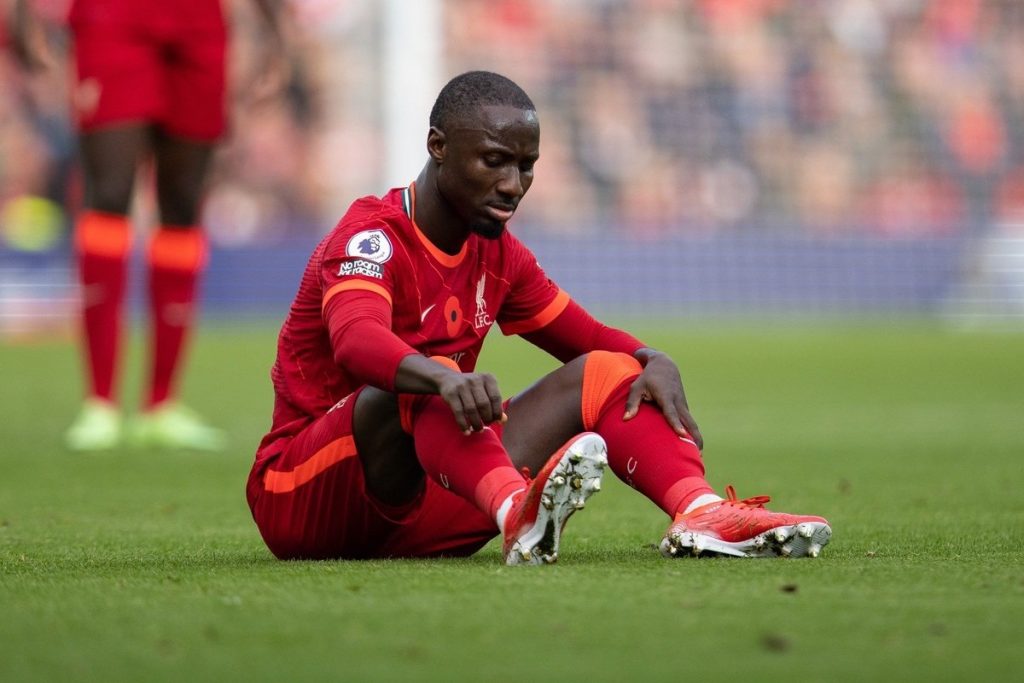 Liverpool head coach Jürgen Klopp has provided an update on the injury of Guinean midfielder Naby Keita who was forced off on Saturday during the 2-2 draw against Brighton at Anfield.

The 26-year old just played 19 minutes against the Seagulls before letting his place for Oxlade Chamberlin as he was heeling some discomfort in his leg.

“If somebody feels the hamstring, it would be the first time that he is ready for the next game. So, I can’t see that”, Klopp said.

“He told me, he showed me [the] hamstring. So, I don’t know, we will see; obviously tomorrow [or] the day after tomorrow he will have a scan and then we will know.

“It’s very disappointing – it’s the hamstring – it didn’t help because Brighton are really good on the right side. It was not easy for Ox to come in as he is a completely different player.”

In addition, Liverpool will host Atlético Madrid on Wednesday for the matchday 4 o the UEFA Champions league. Naby Keita is a doubt for that encounter for the moment.