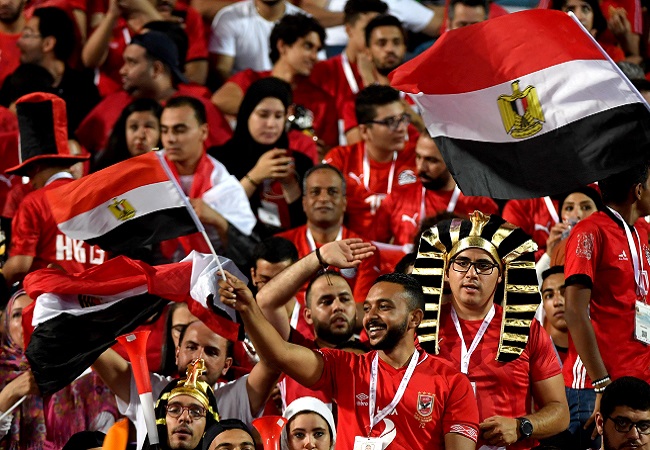 “Security authorities approved the attendance of 5000 supporters for the national team’s match against Gabon, while buying the tickets will be through online ticket-booking company Tazkarti.” Reads a short statement by the EFA.

The Pharaohs will face Angola away in the fifth round of the 2022 World Cup qualifiers on Friday, before hosting Gabon in the final Group F qualifier.

On 15 October, the EFA had asked authorities to allow the attendance of up to 30,000 fans for the Gabon game that will be held at Alexandria’s Borg El-Arab Stadium.

An outright crowd ban has been in place in Egypt since the COVID-19 pandemic emerged in early 2020. But the EFA said recently a limited number of supporters would be allowed to attend domestic league matches.

On Monday, the Egyptian team started its preparatory camp for the Angola and Gabon tests.

Egypt are leading their Group F, which includes Angola, Gabon, and Libya, with 10 points after winning three matches and equalising in one game.

The seven times African Cup of Nations champions need to claim three points from the coming two games to secure a place in the final qualifiers as only one team in each of the ten groups will qualify for the next round.