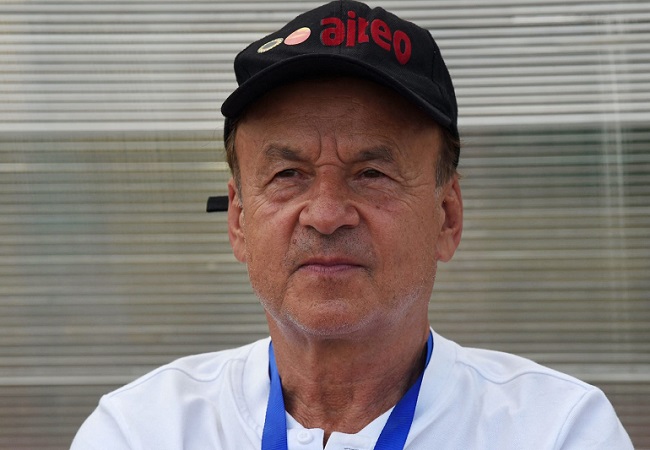 Super Eagles coach, Gernot Rohr, will know his fate in the next week. The minister of youth and sports development, Sunday Dare made the announcement during ministerial press briefing.

Speaking at the briefing to presidential media team at the presidential villa, Abuja on Thursday, Dare said his ministry was poised to adhere to due process on matters concerning the national football players and the technical staff.

The Minister said his ministry will await the report from the Nigerian Football Federation (NFF) on the performance of the team in the recent matches, review it, among others before taking the necessary action.

https://08eb95a58a49ddf38821a378ad3a0b50.safeframe.googlesyndication.com/safeframe/1-0-38/html/container.html Dare was asked to confirm whether the national team coach had been relieved of his job or asked to resign.

While noting that he could not speak much on the matter, he assured that the NFF report will be ready by next week. Dare added that the ministry will equally act based on its content made available.

Also read : WCQ: SUPER EAGLES THROUGH TO PLAYOFF ROUND AS LIBERIA SIGN OF WITH WIN

Continuing, the Minister assured that the Super Eagles will qualify for Qatar 2022 as everything was being done by the authorities to ensure qualification.