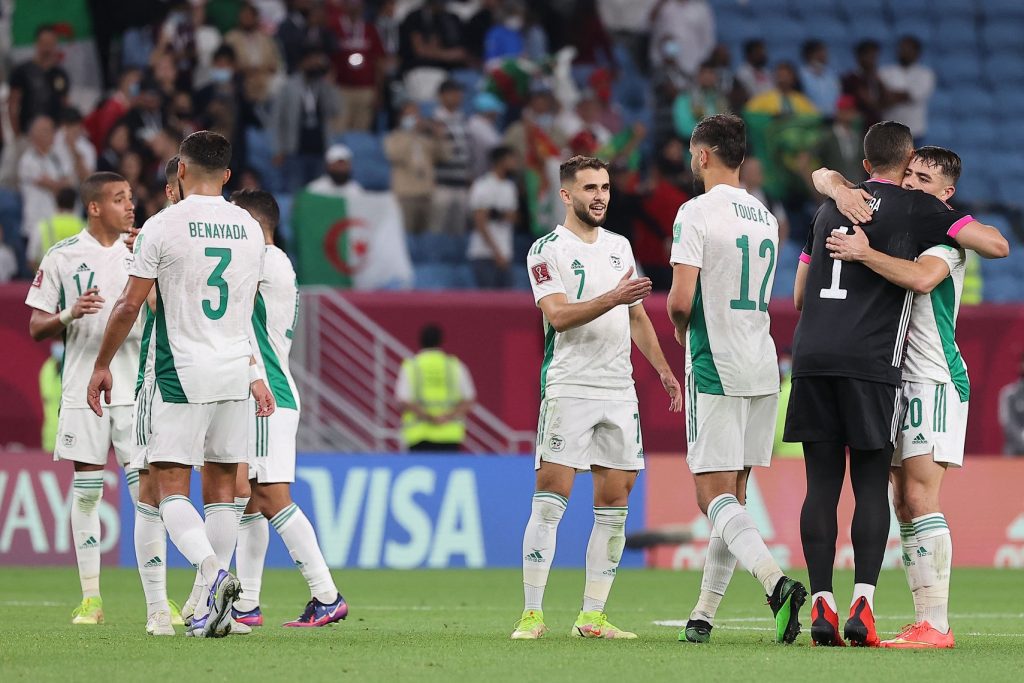 Algeria beat Lebanon 2-0 on Saturday afternoon to qualify for the Fifa Arab Cup quarterfinals in Qatar.

Algeria scored through captain Yacine Brahimi in the 69th minute from the penalty spot.

The Africans added the second goal in injury time through Tayeb Meziani.

Algeria earned the penalty after a player for Lebanon fouled Youssef Belaili.

The African kings took their tally to six points following the win at at Al Janoub Stadium  to maintain grip of Group D.

Algeria are three points ahead of fellow Africans Egypt who meet Sudan later on Saturday whereas Lebanon are out of the race.

Algeria completed the match with 10 players after Hossam El Din Mreizk was red carded in the 78th minute for a second yellow card of the game.

Lebanon too were reduced to 10 men after Qassem Zain was also sent off for picking two yellow cards.