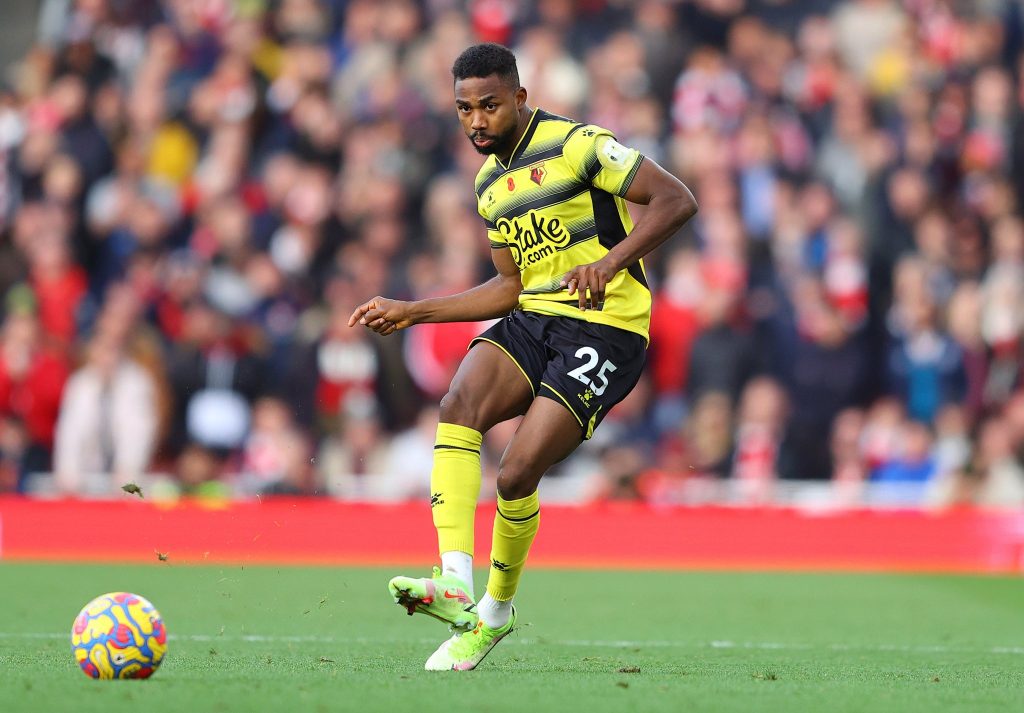 Emmanuel Dennis has scooped the player for November and Goal of the Month awards following his outstanding performance last month.

According to a statement by the club on Saturday, Dennis performance against Manchester United, Arsenal and Leicester City placed him in a better position to win the two awards.

“In-form forward Emmanuel Dennis has been crowned the winner of both the Stake Player of the Month and Goal of the Month awards for November.

“The Nigeria international has enjoyed a highly successful start to life at Watford, with this his second Player of the Month gong of the season, having won it previously in August.

“The 24-year-old also won a penalty in the final game of the month, which was ultimately converted by Joshua King.

“Dennis’ fine showings have also resulted in a nomination for the Premier League Player of the Month award.

“In a competitive poll, Dennis topped the supporter vote ahead of Joshua King, Leanne Bell and Anne Meiwald.

“The pick of the bunch from last month’s goals was Dennis’ clever finish against the Foxes on November 28.

“Despite the snowy conditions around him, Dennis showed composure and skill to take a stuttered touch in front of goal to trick the opposition, before lifting the ball over goalkeeper Kasper Schmeichel.

The Nigerian forward was in action as Manchester City pipped Watford 3-1 at Vicarage Road.