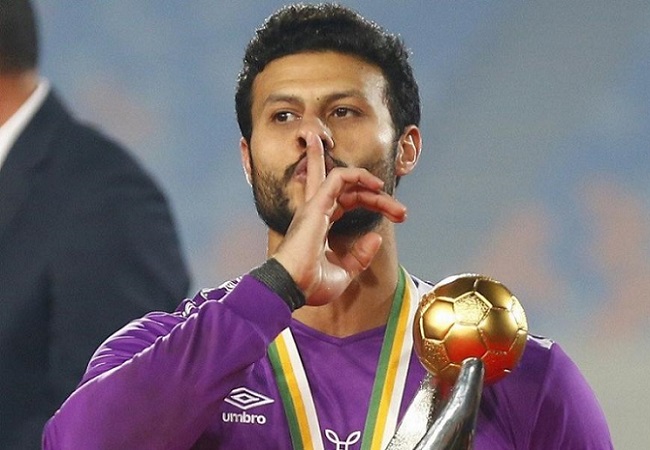 Al Ahly of Egypt is the second most successful club in the world (22) behind only Spanish giants Real Madrid (26). And the Egyptian football powerhouse captain Mohamed El-Shennawy says they are striving to become the most successful football club in terms of international trophies won.

El-Shennawy, who is arguably the best goalkeeper based in Africa, is looking forward to facing the Moroccan giants Raja at the Ahmed bin Ali Stadium in Al Rayyan, Qatar.

“Raja match will not be easy. The North African teams are very strong. Our coaching staff is approaching the game with great respect.” El-Shennawy said on King Fut.

“Tactical commitment and remaining fully focused are very important factors when you play a one-match tournament. Al Ahly players are used to this atmosphere. And we have the experience.

“The CAF Super Cup title is important to us. We want to please our fans. And we will do everything we can to win.”

“We are trying to win every tournament we compete in. For us, second place is the same as last. And we strive to regain the world’s most crowned club title.” He added.

“The fact that new transfers will play the game also gives us a push forward, since we already are used to playing with one another.

“Al Ahly fans are our biggest motive. They always support us, in both victories and defeats. We try to do everything we can in order to make them happy.”