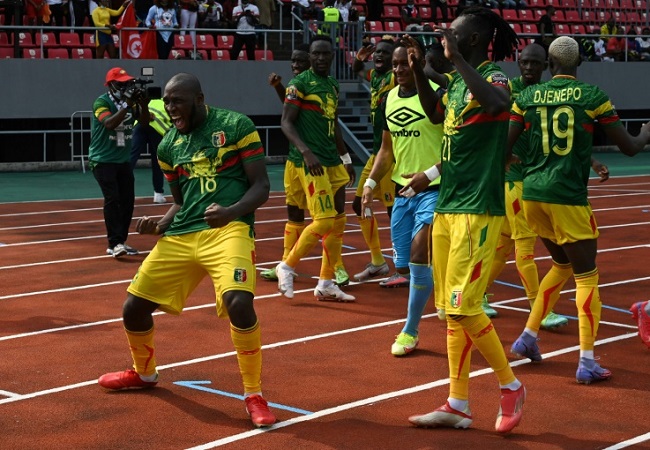 The Africa Cup of Nations (AFCON) match between Tunisia and Mali ended in huge controversy after the referee Janny Sikazwe blew for full-time on two occasions.

Sikazwe blew the final whistle early twice during the 2022 Africa Cup of Nations fixture between Tunisia and Mali.

The Zambian referee ultimately ended the game 11 seconds before the 90 minute mark, having already blown up in the 85th minute before then being exhorted to carry on.

Carthage Eagles coach Mondher Kebaier and his technical staff rushed onto the field at full-time after referee Janny Sikazwe failed to add any injury time.

Tunisia’s coaching staff protested after the game, questioning the referee’s decision to end the game on the pitch too early.

In between, Sikazwe gave Malian midfielder El Bilal Toure a red card for an innocuous-looking challenge in the 87th minute. He was asked to review the challenge by the video assistant referee and checked the pitchside screen, before staying with his decision.

Two controversial penalties were also awarded for handball. Mali scored their spot-kick thanks to Ibrahima Kone while Mali keeper Ibrahim Mounkoro later saving the spot-kick from Wahbi Khazri, with Mali holding a 1-0 lead when the final whistle was blown.

Security officials had to escort the official from the pitch in bizarre scenes at the end of the game in Cameroon.

Sikazwe refereed the 2017 AFCON final between Cameroon and Egypt, the 2016 Club World Cup final, and two games at the 2018 World Cup.

In 2018, he was suspended by the Confederation of African Football following a CAF Champions League match.