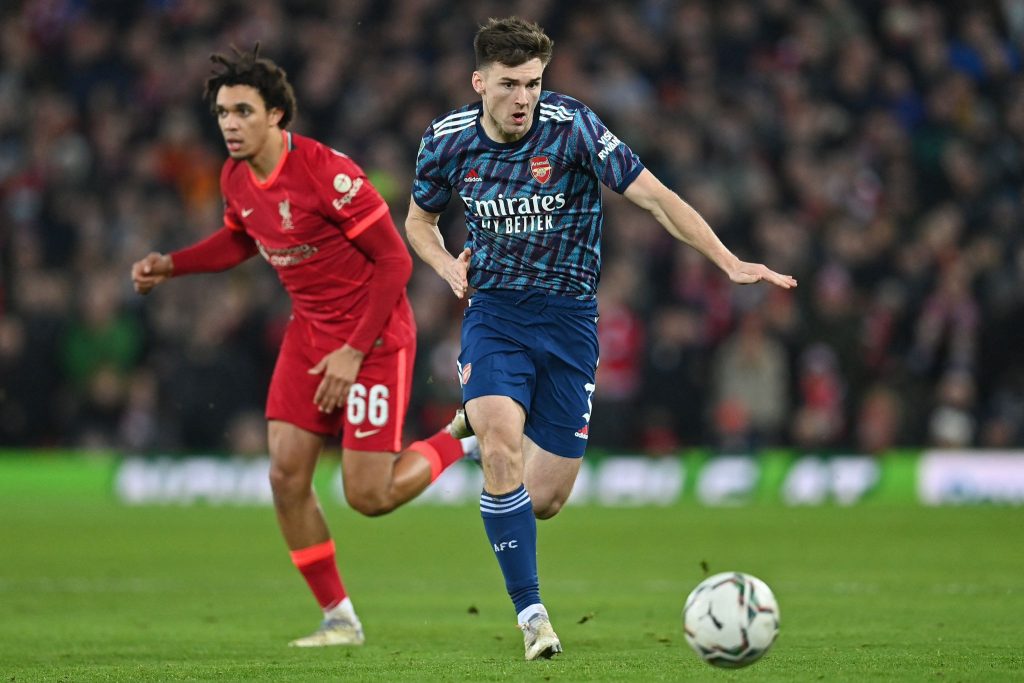 Arsenal manager Mikel Arteta said his players did a phenomenal thing against Liverpool and was proud of them.

The Gunners played close to 70 minutes with 10 men in the second leg of their Carabao Cup semi-final against Liverpool at Anfield.

Granit Xhaka was shown a red card sd the Gunners held on to a goalless draw against the Reds.

Arteta in his post-match interview said his players showed their real quality.

“I am really proud of the boys.

“What they’ve done today is phenomenal,” the boss said.

“In this ground against this quality of the opponent, playing with 10 men for 70 minutes and the way they approached the challenge.

“They understood what was required, they showed real emotion, attitude, fight and desire.

“Not to give up but to still try and find a way to win the game.

“I said before the game that I wanted to get people here on this pitch that I’m happy to go with to war and today I’ve seen that and that’s what I expect every single game, in every training session, that players have this desire and this attitude to play the game – which is what they love to do.

“Don’t find excuses with referees, with Covid, with situations, it is what it is.

“We come here and try to do our best and when that happens then the result is a consequence of that.”

Arteta also praised the away fans for their vocal backing of the team in adversity at Anfield.

“They were incredible,” he said. “To be able to produce the atmosphere that they produced today at Anfield.

“I’m expecting that at the Emirates it’s going to be even better.

“We’re going to need them to beat a top side like Liverpool.

“We are going to need them right behind us, but first of all thank you for what you’ve done today, for travelling here because it made a huge difference to the team.”

Arsenal will host Liverpool in the first elf which was earlier postponed due to outbreak of COVID-19.