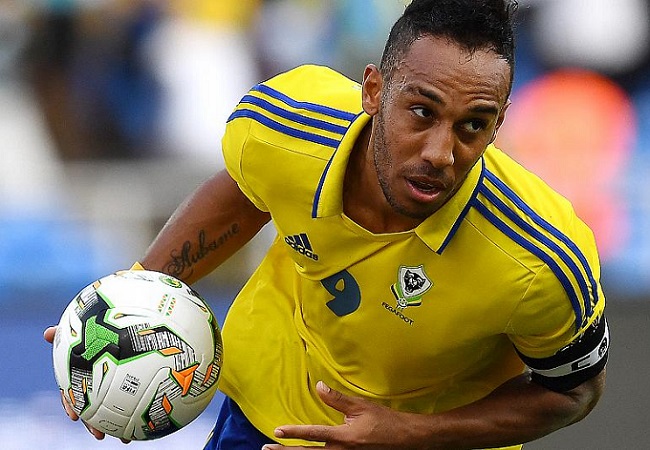 Pierre-Emerick Aubameyang returned to training yesterday following the end of his Covid-19 quarantine ahead of Gabon second game at the Africa Cup of Nations against Ghana. The will kick off at the Ahmadou Ahidjo Stadium in Yaounde at 19:00 GMT.

The star of Arsenal missed their opening Group C win over the Comoros Islands on Monday after testing positive for Covid-19 on arrival at the tournament in Cameroon.

After their 1-0 victory against Comoros, Gabon could keep clean sheets in their opening two matches at a single edition of the Africa Cup of Nations for the first time since 2010.

Also Read : AFCON 2021 : GABON PUT ONE PAST COMOROS AS AUBAMEYANG MISSED OUT ON FIRST GAME

But while Aubameyang is back to lead the team, as they look to advance to the last 16, Gabon must do without coach Patrice Neveu, who has tested positive.

Aubameyang said he was feeling fine after a week of isolation in his room.

“I got the opportunity to still be able to work in my room. I got a bike and made a circuit, trying to keep in shape as much as possible.” He told his country’s federation Facebook page.

“It’s not going to be easy. Because it’s not the same as match rhythm or proper training but we’ll get it done.

“We’re going to play a very difficult opponent who needs to win the game. So we’ll have to be serious like we were in the first game. I know we’ll have our chances.”