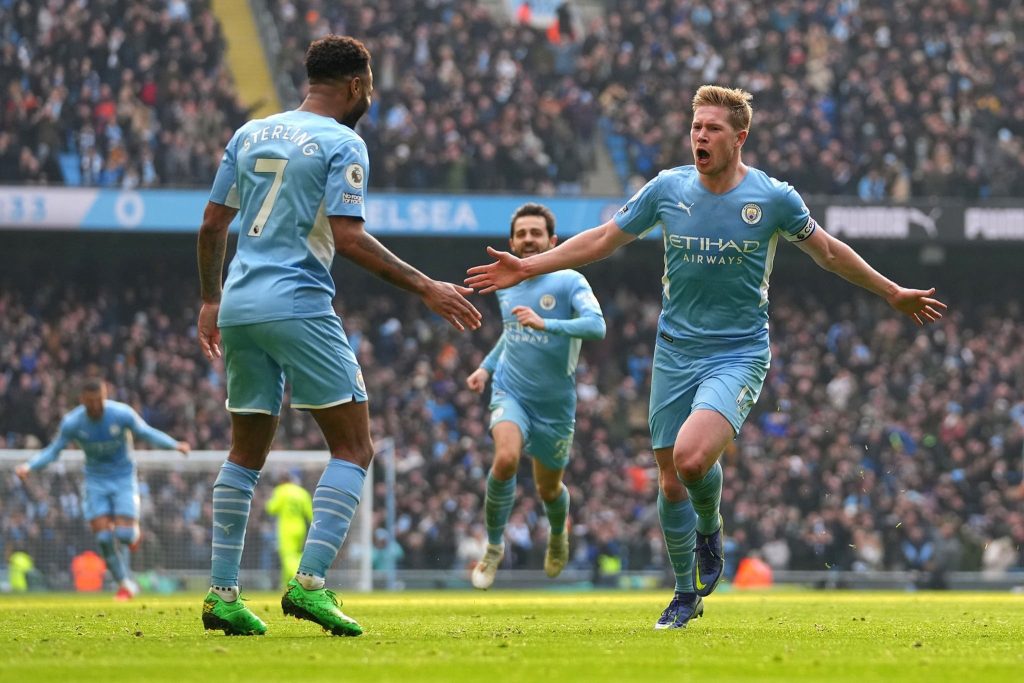 Manchester City make a huge step forward in the Premier League title race after their narrow but important 1-0 win over Chelsea on Saturday afternoon to g 13 points clear on the table.

Pep Guardiola won his tactical duel with Thomas Tuchel as his side scored the game decider in the second half 20 minutes prior to the full-time.

However, the London side created a lot of chances in the first half and could have scored at least a goal should they succeeded in beating Ederson Moares.

But they failed to do so and Manchester City punished them with a single goal scored by highly-rated Belgian midfielder Kevin De Bruyne from 16 yards in the 79th minute.

That goal was all the home side needed to claim all three points along the way and make a step closer to the Premier League title.

The Citizens have now 13 points ahead of Chelsea who can loose the second position in case Liverpool won their game against Brentford on Sunday.