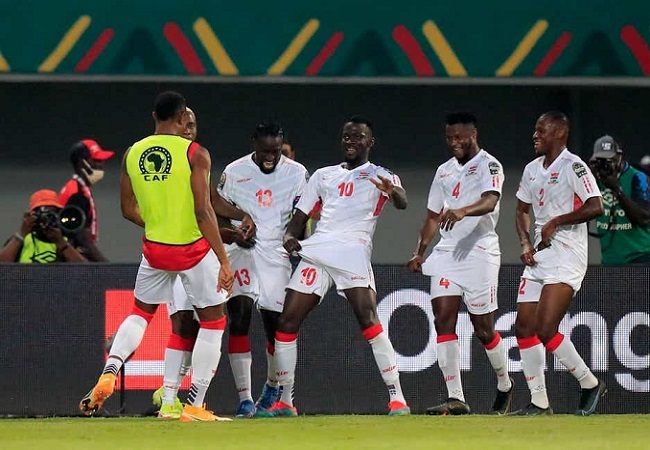 Debutants Gambia stunned Guinea with a 1-0 win thanks to Musa Barrow. Hero of the day, Barrow sent the Scorpions through to the Africa Cup of Nations quarter-finals.

Gambia hit the front in the 71st minute to ignite Guinea into action, seeing them press forward and find the net, only for Ibrahima Conte’s effort to be swiftly ruled as offside.

This is Gambia’s first ever appearance at the tournament. And their dream run will continue into the last eight after another impressive display. Barrow gave them the lead in the second-half, before Yusupha Njie’s red card with a few minutes remaining ensured a nervy finish for Gambia.

Guinea then hit the woodwork twice in a matter of seconds in stoppage-time. But they too were reduced to ten men as Ibrahima Conte was dismissed. Gambia held on in those chaotic final minutes, and they will face Cameroon or Comoros next.

The result means Keita will now make his return to Liverpool after a three-week absence.