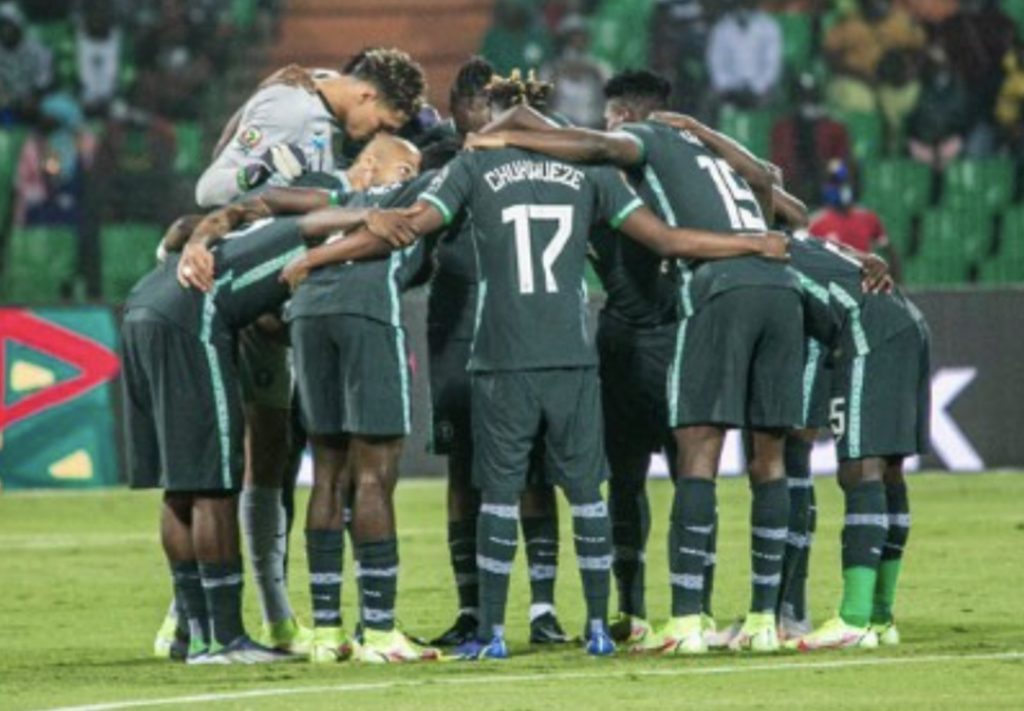 Watford have sent their commiseration message to the duo of William Troost-Ekong and Maduka Okoye, following Super Eagles exit from the Africa Cup of Nations.

Troost-Ekong captained Nigeria in their quest for a fourth AFCON title against the Carthage Eagles while Okoye was between the sticks.

Okoye was beaten in the second by Youssef Msakni’s long range shot as the lone goal separated both side.

Read Also:Augustine Eguavoen Steps Down From The Head Of Super Eagles

Watford in a message to both players wrote;

”🇳🇬 Commiserations to Troost-Ekong & @OkoyeMaduka, who exit #AFCON2021 with #TeamNigeria after defeat in the Round of 16.”

🇳🇬 Commiserations to Troost-Ekong & @OkoyeMaduka, who exit #AFCON2021 with #TeamNigeria after defeat in the Round of 16. pic.twitter.com/7z0AtykNyg

Both players could return to Watford who are battling to avoid relegation and had also sacked Claudio Ranieri.

The duo will also focus on their Qatar 2022 World Cup qualifiers against Ghana in March.