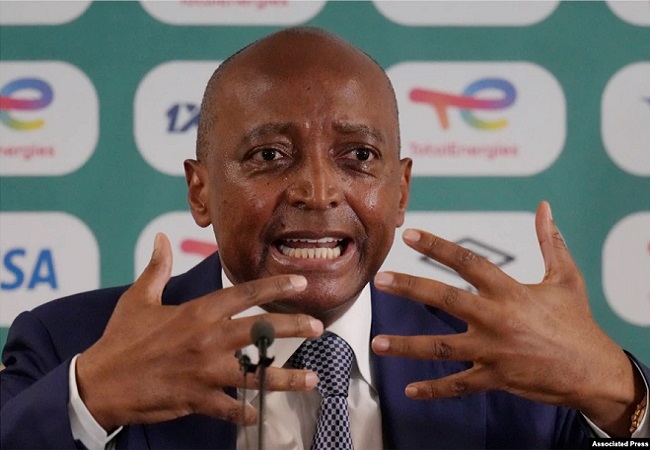 The Confederation of African Football (CAF) has suspended matches of the Africa Cup of Nations (AFCON) tournament at Yaounde’s Olembe Stadium after the incident in which eight people died including dozens of injured.

CAF President Patrice Motsepe announced the suspension of matches at the stadium at a press conference Tuesday in Cameroon’s capital town.

Before the deadly stampede at the Olembe Sadium Monday night, Motsepe said many irregularities were observed with the organization of the match between Cameroon and Comoros.

He noted the stadium received thousands more fans than the CAF had authorized.

“There was an abnormal number of people including those who did not have tickets. Thousands of people more than what was expected did arrive in a manner that is not properly coordinated and governed. I went to see where the people lost their lives, and you see it is a gate. And that gate was supposed to be opened. Because if it was open, they [fans] would have walked through. And it was closed for inexplicable reasons. If that gate was opened as it was supposed to, we would not have had these loss of lives.” Said Motsepe.

The CAF had authorized the stadium to receive a maximum of 40,000 fans in the 60,000 seat stadium for matches of Africa’s top soccer tournament, the Africa Football Cup of Nations (AFCON).

However, Cameroonian police said more than 57,000 were at the stadium Monday night after fans pushed their way past security, leading to the deadly crush.

Despite the tragedy, Motsepe said the AFCON championship would continue.

All matches scheduled for the Olembe Stadium would instead be played at Yaounde’s Ahmadou Ahidjo Stadium.

Meanwhile, the CAF and Cameroonian authorities have launched investigations into what caused the deadly stampede.