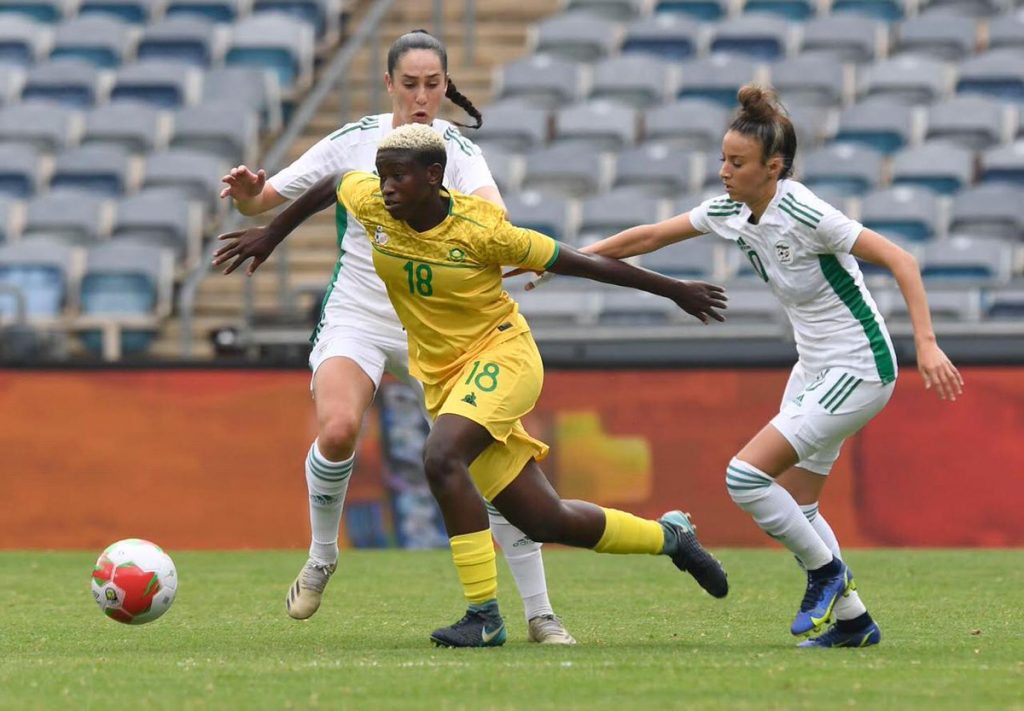 Hildah Magaia and Thembi Kgatlana scored in either half of the first leg of the Africa Women’s Cup of Nations (AWCON) qualifiers.

Despite the comfortable win, Banyana Banyana coach Desiree Ellis has warned her charges against dropping their guard ahead of the second leg.

“The tie is not over though. We have to make sure that we don’t concede first. Over there, they are going to come at us and we have to be aware. You can see they are a team with fighting spirit and they never gave up,” Ellis told South African Football Association media.

The coach said Banyana Banyana stuck to the script of the game plan; hence the win.

“We analysed them but we felt they would sit away from home to try and not to concede and we worked a lot on playing against a low block. We switched off right at the beginning and they could have been one-nil up.”

She added that Banyana Banyana we were in control of the game even though they played “at their pace at times.”

Banyana Banyana will now travel to Algiers for the second leg to be played on February 23 at Stade Omar Hamadi.

The overall winner over the two legs will qualify for the AWCON finals that will run from July 2 to 23 in Morocco.

The women’s AFCON will also serve as the African qualifiers for the Women’s World Cup which Australia and New Zealand will co-host next year.