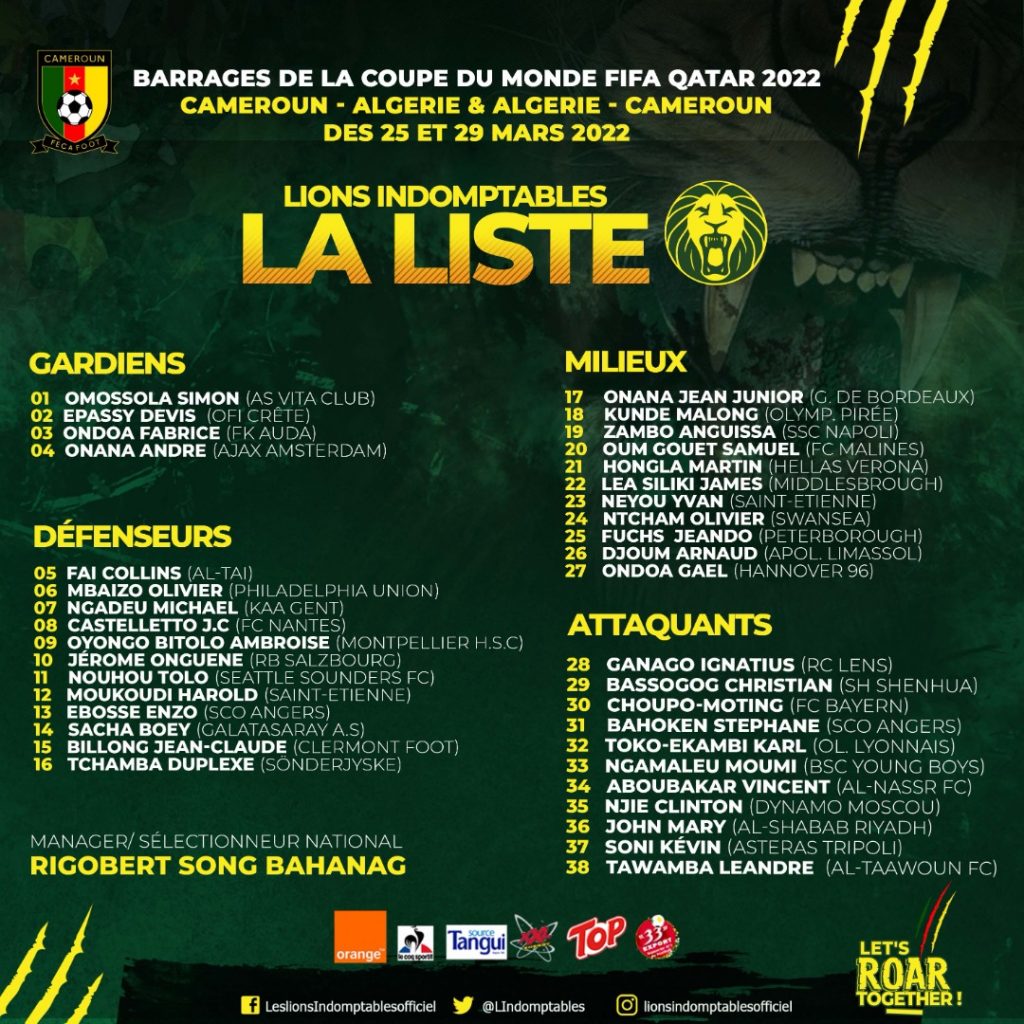 The former Liverpool defender has named his 38-member provisional squad for the forthcoming World Cup qualifying matches against Algeria.

The squad has some new faces including goalkeeper Ondoa Fabrice who was not part of the squad that won bronze medal at the Africa Cup of Nations, which Cameroon hosted from January to February this year.

Conspicuously absent from the squad is Liverpool defender Joel Matip despite reports had suggested that Song was trying to entice him to come out of retirement.

Cameroon meet Algeria at home and away at the end of this month with the overall winner sealing a place at the 2022 World Cup finals in Qatar.