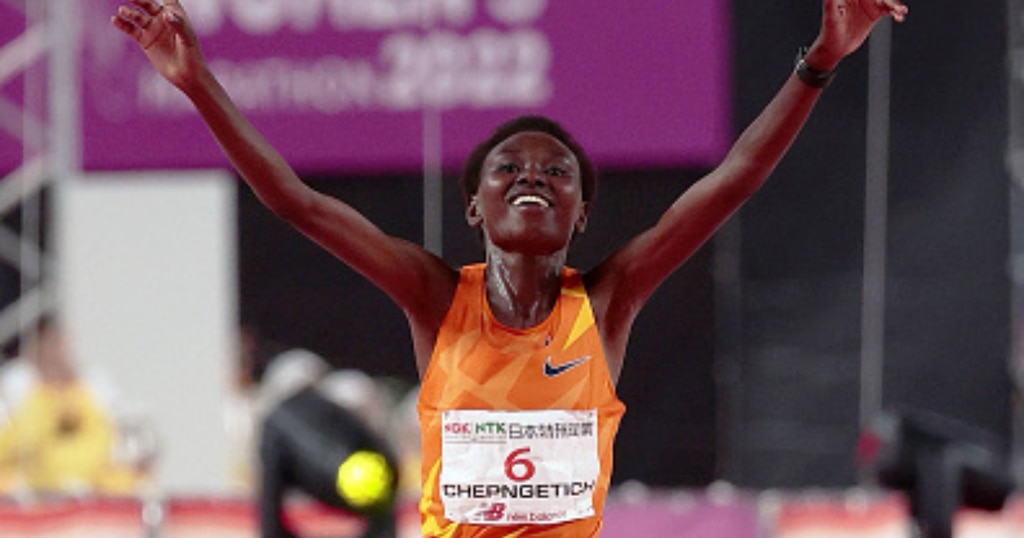 She was the second-fastest ever in the women-only marathon and received a whooping US$250,000 in the city of Nagoya.

Chepngetich sprung out of the first pack after 5 km and extended her lead to a solo run.

However, Israel’s Lonah Chemtai Salpeter narrowed the gap at a surprisingly high speed, enabling her to catch up to a head-to-head after 30 km.

At an uphill near 34 km, Ruth spurted and left Lonah behind all the way to the finish line in a new event record and the sixth fastest time in the world.

In a post-race interview, Chepngetich, who broke the race record by 2 minutes 11 seconds, said: “I can say the race was good. I wanted to run a new course record and ran comfortably.”

Looking back to the 34km, she added, “When Lonah arrived, I decided to push myself because I prepared myself to win at this race.”

The Kenyan is also the winner of the 2019 World Marathon and 2021 Chicago Marathon.

Nagoya Women’s Marathon is the only all-women road race with a World Athletics Elite Platinum Label and became this year the largest first-prize paying marathon in the world.

Alongside the elite competition, many local runners joined the race, making the total number of participants 8,698.

In a statement, the organizer of the race said: “Despite the unseasonably warm weather, we are relieved and happy that we were able to safely hold the race again this year without any major accidents. We are sincerely grateful for all the runners for their participation and the volunteers and all the others involved for their support, especially when the pandemic is not yet fully contained.”