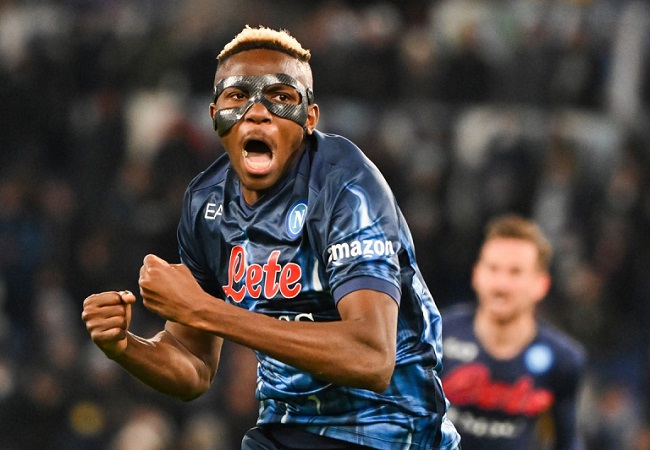 As a key player in their title and European aspirations, Napoli are concerned by maintaining the fitness of Victor Osimhen. With nine goals and three assists in the Serie A this season, Osimhen has been playing through the pain to put the Partenopei at the top.

His facial injury in November has seen him use a facial mask to protect his face ever since as the Napoli medical team also help him through other fitness concerns.

According to Corriere Dello Sport via Tutto Napoli, the Super Eagles striker is being watched carefully ahead of Napoli’s game against Udinese this weekend. While there are no deep concerns about his current state, he’s expected to be checked for a troublesome shoulder problem.

Osimhen is also believed to be playing through pain in his knee after the game against Barcelona. A separate training session is expected to be held for the Nigerian international as Napoli try to get him ready and fit enough for the Udinese clash.

The Super Eagles attacker is expected to play against the Black Stars of Ghana when Nigeria face their West African arch rivals in just above a week.