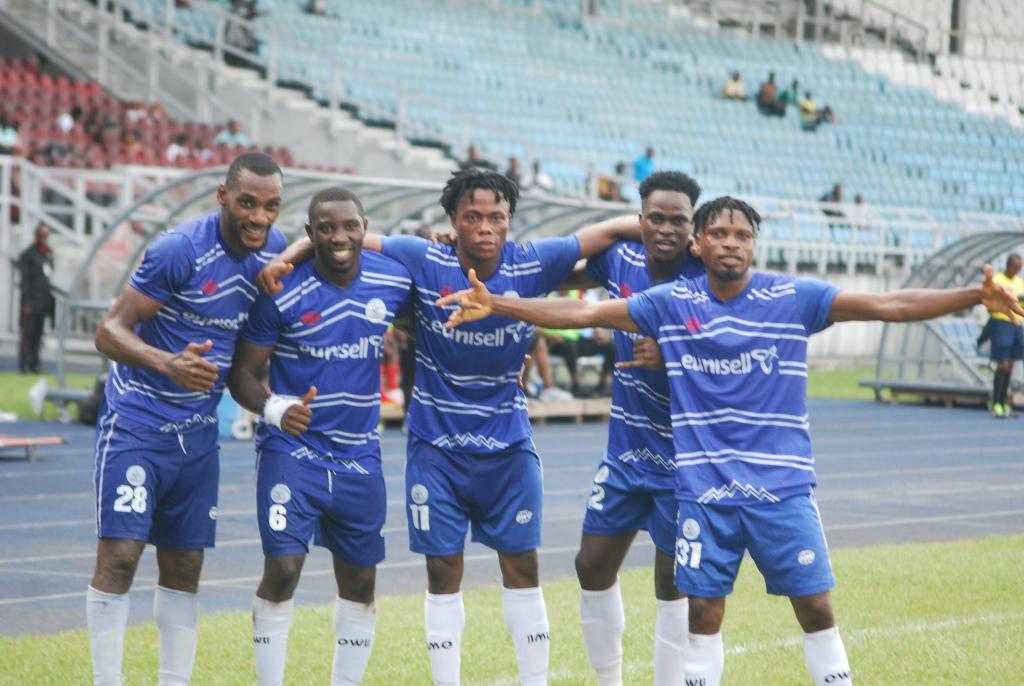 At the Adokiye Amiesimika Stadium, After thumping MFM 5-0 in Port Harcourt on Sunday, Rivers United built up a seven-point lead at the top of the Nigeria Professional Football League.

The game was stopped in the 28th minute by centre referee Marcus Bwashi owing to a wet ground.

After being hauled down on the edge of the area, Ishaq Rafiu powered home a free kick deep into stoppage time.

Plateau finished second. United’s title hopes were dashed when they were defeated 2-1 by Nasarawa United in Lafia.

On 55 minutes, Nasarawa United retook the lead through Chinedu Ohanachom.

At the Godswill Akpabio International Stadium in Uyo, holders Akwa United and Enyimba battled to a 1-1 tie.

Five minutes before halftime, Bello Babatunde scored a free kick to put the Promise Keepers ahead.

3SC beat Niger Tornadoes 1-0 at the Lekan Salami Stadium in Ibadan, with Moses Omoduemuke scoring the game’s only goal on seven minutes.

Isiaka Mutiu sent the ball to Moses Omoduemuke, who shrugged off his defender and calmly placed the ball beyond the goalkeeper.

Kano Pillars defeated Kwara United in Abuja after coming back from a goal down.
After being set up by Ayobami Junior, the visitors took the lead 10 minutes before the break. Samad Kadiri jabbed the ball home.

Lobi Stars also fought back from a goal down to defeat Katsina United in Makurdi.

Late in the first half, Mustapha Salisu scored for the visitors from the edge of the box.