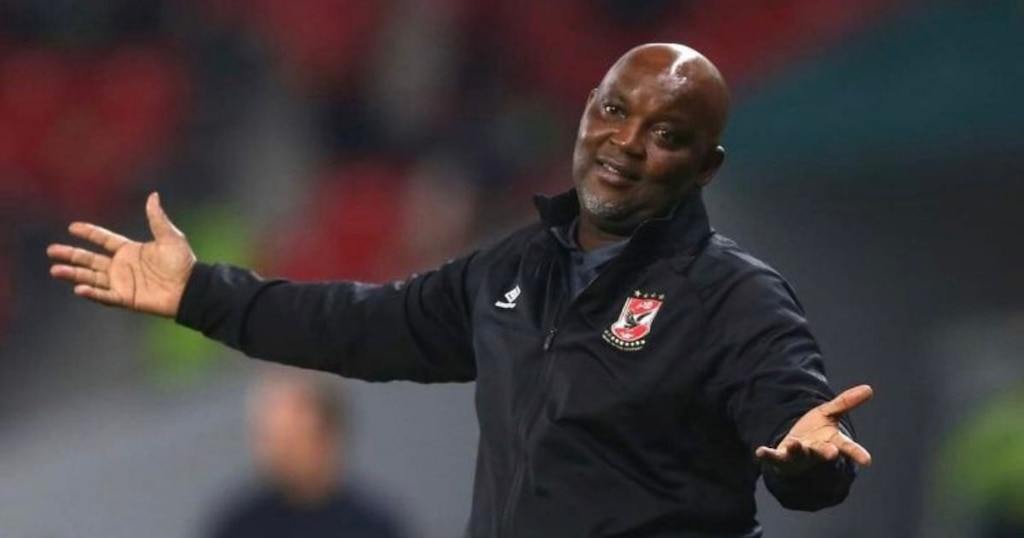 As we reported it to you on Monday, CAF has decided that the 2021/22 CAF Champions league final will take place in Morocco on May 30.

So far, the decision has been subject to criticism on social media with reports claiming Moroccan FA President Fouzi Lekjaa forcing the continental football governing body to play the final in his country despite having a club (Wydad AC) in semi-finals.

And the latest one to slam the decision is Al Ahly head coach Pitso Mosimane who doesn’t understand how CAF can make such an important decision just after the first leg of the CAF Champions league semis.

“When the Caf Champions League group stages games were finished, rumours were saying SA [South Africa] is hosting”, the 56-year old wrote on his Twitter account.

As a reminder, Egyptian Football Association (EFA) wrote to CAF a week ago and request for a neutral venue for the Champions league final knowing that last season’s final was played in Morocco.

In addition, Wydad Athletic Club who beat Petro Luanda 3-1 in the first leg of their semi-final clash, and Al Ahly who humiliated ES Setif 4-0, have great chances to play the final.

If both advanced to the final, it means that Wydad will play at home.